Pondering on the Thatcher thing

In case you've just woken from a coma of some length, it may have come to your attention that Margaret Thatcher, former British Prime Minister has died.  For those that aren't old enough to have any need to know who she is, she is the reason the Dad and the older brother were so cranky all the time in the movie Billy Elliott. 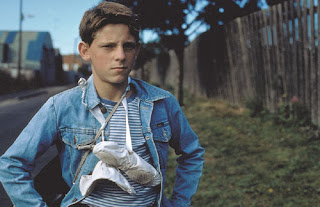 The news coverage, opinion pieces and obituaries have been fiercely divided on whether she was overall a good thing or a bad thing.  I can't confess to know from experience and would probably take my cues from my English husband and his family if push came to shove.  But the vitriol has intrigued me it has to be said.  Especially in light of the fact that she was an 87 year old, with dementia and the opportunity to be meaningfully cross at her as an individual has long past.

But one thing has really stood out for me in all the coverage and that was on her place in feminist history and her obligation to 'do justice' to her place in history as the first female British Prime Minister.

It may be controversial, but I'm going to cry "Bollocks" on this one.  Whether she did good or bad, how she makes people feel is not her responsibility.  She is famously quoted once for saying that she relished personal attacks as it meant they could find nothing in her professional life that was at fault.  While her view might have been oversimplified one and a breathtakingly arrogant one, she does have a point.

She only has as much relevance as a bogeyman as the people are prepared to invest in her.  If her legacy has been discredited (which seems to be the consensus) and her the consequences of her reign disastrous, it happened in conjunction with the support of the voting British public.  The UK is not a dictatorship, and the public's willingness to endorse her course of action is as damning on 1970's Britain is as our current stance on asylum seekers is on 2010's Australia.  Democracy doesn't happen in spite of us, but because of us.  If we are unable to see the impact of government policies on individuals and their families it is not because the evidence is not there, but because we choose to skew it to suit our own beliefs or prejudices.

If her legacy was to shatter the glass ceiling of politics, its only within the construct of modern politics.  Women have been leading, and universally disliked, in the UK for centuries.  We have imbued her role with meaning because she is female.  Whereas it is irrelevant.  She was not in politics for the sisterhood.  She was in politics for Margaret Thatcher.  And that is fine.  Women are not obligated by their gender to stand for all women when they act.  The consequences of their actions might impact negatively or positively, but gender does not come with responsibility.  If it does, the call for equality of the sexes is made redundant.  Men are not tasked with great things when elected to office on the basis of gender but because they have been elected to office.  Our expectations of them are based on promises delivered or broken, not because they are male. 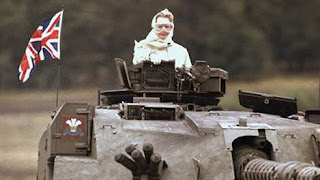 And while Margaret Thatcher is topic of the moment, I would hold the above to be true for all people in the public eye - be they female, indigenous, disabled or other. And in fact, true for the people in our private lives - friend, sibling, child, parent - none of these roles leave people obligated to be anything or anyone other than they are.

Others don't owe us.  They can impact us, they can change us, but they are never obligated to us.  Nor we them.  True.