The end of an era. The beginning of history.

When my Great Aunt Cis was born in 1922, she was not yet an Aunt and not yet great.  She was but a tiny scrap of humanity,  arrived early. The world hadn't got around to inventing humidicribs and the like to maximise the chances of premature babies so the neighbours rallied around providing hot water bottles to keep her mother's bed at a constant temperature.  She lived. And then she lived.

Late last week her husband of 65 years, seven children, 17 grandchildren, seven great-grandchildren, almost 20 nieces and nephews, various great-nieces and great-nephews and around 300 people gathered in a church in Brisbane to farewell Cis and mark the passing of a generation. 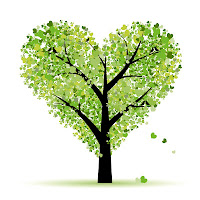 If nothing else it was easy to recognise that people really liked Aunty Cis. A lot.

It's a truth when I say that at the time of my passing, if my daughters say even 1/20th of the nice things her children said about her in her eulogy I could consider my stint as a mother a success.  But it is when you put her success as a mother in context - as one part of her incredible, complex and long life that you realise being committed to a life lived positively - it is not just a new age concept.

I did not know Aunty Cis as well as many others do.  I do know that I learnt things about her as I listened to her eulogy.  I understood her part in my own family a little more by getting a glimpse of her love for her siblings which included my grandpa, a man I never knew for myself.  I know that there are conversations and time I had with her that are irrelevant to her life story but interesting to me.  I travelled the best part of 1000 kilometres to say farewell and there were others that travelled more than twice that distance to be there.  People don't do that for the 'not nice'.

And it with the passing of Aunty Cis that a generation ends.  The last of five brothers and two sisters.  She will not be forgotten. She has left a considerable legacy as did her siblings.  But there is nobody else that lived that family's story. With her passing that story is officially history.