Perception is a funny thing.  But it is powerful.  Ridiculously powerful.  As are our truths.

And open to misinterpretation.  As are our truths.

I’ve been pondering the subject in some depth for a while now since my psych asked me to consider why I give more brain space to people that don’t think I’m that great, rather than the people that do.  Why does the idea that people don’t like me or believe something that’s not true make me feel so physically ill and take control of my emotions with such crushing totality?  Somebody’s off-the-cuff remark can poleaxe me and ruin a day in a way from which I struggle to return.  And which I can rarely, properly, disregard.

Part of me would suggest that those occasions in some way reinforce my own somewhat (ahem) negative self-imagery.  But she’d argue that I wasn't born that way.  Small people don’t come into the world thinking they are less than others.  That is learnt along the way.  And people with a strong sense of self aren't necessarily arrogant. Just confident.  I envy the buggers. 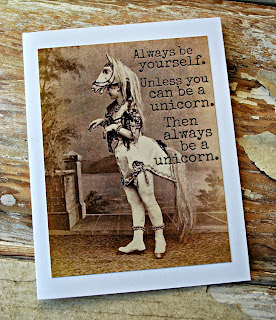 She’d also suggest, probably with a lot of hand gestures, that if I was driving a bus somewhere and one of the passengers started slapping me around the head and telling me what a crap driver I was, I’d put them off the bus so both I and the other passengers could travel in peace.

But the passengers on the emotional bus seem to be a lot harder to kick off.  They start yelling about having rights too and demanding to speak to my manager.  And they keep trying to get on.  They’re persistent.  And for some reason when I visual them they always wear those straight brimmed trucker hats with terrible logos.
And I know I'm also the manager.  I get the metaphor and I love the visualisation.  But… still.  As a manager dealing with difficult passengers – I totally suck.

Where there are people – there are different perceptions and different truths.  That is universal.

All those people out there with a perception of me.  A truth about me.  Just one individual in a sea of seven billion yet over the years hundreds, thousands of people will have an opinion.  I am, we are all, powerful like that.

And I will just have to live with the very occasional reminders that some people hold on to “hatin’ on others” and I will never understand why. It will hurt especially if I don't understand it. But we all have villains in our life stories.  Sometimes they are our even our good selves and our insane emotional baggage. Other times they are other people. Sometimes, a bit of both. In some people's life stories - I am that villain even though I might not want to be nor did I mean to be.

As I have grown older (and gotten my therapy on in particular) I have re-learned that people believing something about me does not mean it is true. It may still burn but ultimately - in a life time we can’t please everybody despite our best intentions.  Even poor Mother Teresa had haters. And I think we can all agree that she was pretty high up in the ‘people who are really really lovely’ charts.

So much to think about and of course it’s important to draw a line under the thinking – come to a resolution as it were, find some peace on the topic.

So my conclusion (drum roll) is that I give so much brain space to the “haters” because I am an idiot.

My psych is going to so pleased.