My first car accident was on 21 March 1992, 19 days after I received my licence.  I was 17 years and almost three months old and my parentals had expressly forbidden me to drive anybody's car or take any passengers until I had built up experience in the family Urvan.

So having lied about where I was going and what I was going to be doing, I headed off with a couple of my friends and with the express permission of my friend's parentals, was driving their old style VW station wagon to a series of auditions that were on that day.  My friend had a buggered knee and was on crutches and couldn't drive herself which is why I had 'stepped up' and the other friend, well he was sitting in the back busy holding onto his skate board which is mostly what he did back then.

The VW station wagon was like a Porsche in that it's engine sat in the back.  We were toodling along at the speed limit chatting away, seatbelts on because we weren't stupid, jersey caramels on the dashboard for munching.  It had been drizzling but was not cold and we had the sunroof slid open.  I had hair that went past my backside back then and I had it all piled on my head with a large bright blue hairband making me look more like Marge Simpson than was probably even remotely cool but it amused us as it peeked out the top of the sunroof if I sat up straight. 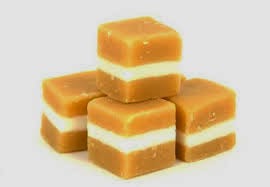 We came down the road to a roundabout.  This was Canberra so a roundabout was not an unexpected occurrence. I drove into the roundabout, right indicator on.  I took the roundabout too closely and bumped the right wheel against the gutter.  I immediately braked which cause the weighted back of the VW to swing around until the front of the left wheel bumped against the gutter.  The momentum caused by (what hindsight and experience tells me was overly enthusiastic) braking, a slight hill and the two wheels against the gutter caused the car to roll over, doing a complete 360 degrees, jersey caramels spinning around our heads and the terrified yelping of three 17 year olds accompanying the shattering of the windscreen. It felt like it rolled for hours but in fact, probably took seconds.

Back on it's wheels we sat starring through the (now absent) windscreen, my friend sobbing already in pain which wasn't surprising since she'd just put a dent in the metal dash with her buggered knee.  The next thing somebody yells out "don't touch the driver, she's broken her neck, she went through the sunroof". And then there were sirens everywhere and ambulances, fire engines and police cars arrived as if by magic.

It all gets a bit hectic then, he in the back just got on his skateboard and scooted off to tell people at the auditions what had happened and the other friend and I were escorted off to hospital to be examined.  Even though the witnesses to the accident said they saw my head hit the ground before the car came down around it, since I was 'not noticeably concussed' the doctor at the time refused to x-ray me in case 'it affected my ovaries'. (This is a true story - hence it took a year before the damage to my spine was discovered - but hey - twenty years later I have two beautiful children so maybe the incompetent swine was correct!)  My mother came in and having determined I was alive, covered up her relief (that's my interpretation anyhow) by getting incredibly cranky, called me disobedient, deceitful, dishonest and a fourth d word I can never remember but was probably deserved and after discharge packed me off with my Dad to apologise to my friend's parents for crashing their car.

They were just glad nobody was seriously injured and I spent the next few months working to raise the funds to pay off their car.  And I was grounded for what seemed like a lifetime.  This was the early 90s people. You could still ground people without having fiery crosses burned in your front yard and your face plastered across the front page for 'crimes against humanity'.  Though, that didn't stop me being very disgruntled about the grounding.  Fledging adults are so contrary.

Lesson 1: Don't crash cars when you've lied to your parents.  It makes them very cross. About both.
Lesson 2: Don't be eating your favourite lollies if you have an accident. You'll never eat them again.
Lesson 3: If you roll a car, get the x-rays and f&*K the doctor and your ovaries. It'll save you grief later.

**Linking up with Kerri Sackville today for #Myfirst....car accident at Life and Other Crises