My youngest gorgeous girl was very sick last Monday - the kind of sick where the doctor sends you to emergency because the fevers are high, the breathing is rapid, the child is non-responsive and the signs are all pointing to 'not just a cold'. Which I really wanted it to be.

I'm okay in a proper parental panic situation.  In fact, I probably err on the side of under-reacting.  When the eldest child fell off her trike aged 16 months, striking her head and bleeding out of her mouth, losing teeth - I worried about going to the hospital in case it wasn't 'that serious'.  It was a freakin' head injury resulting in a loss of teeth and copious bleeding.  But one really doesn't like to 'make a fuss'.

So there I am being all properly under-reactive like all super parents. And we got to the emergency room WHICH THEY MOVED WITHOUT PERSONALLY NOTIFYING ME.  Honestly, these hospitals.

And as I cuddle my gorgeous girl, I am watching the nurses pad around the emergency room in their blue uniforms individualised with gaudy comfort footwear, coping admirably with the plethora of human kind that has swamped the emergency ward that afternoon and I thought -

I could not, would not, be a nurse. 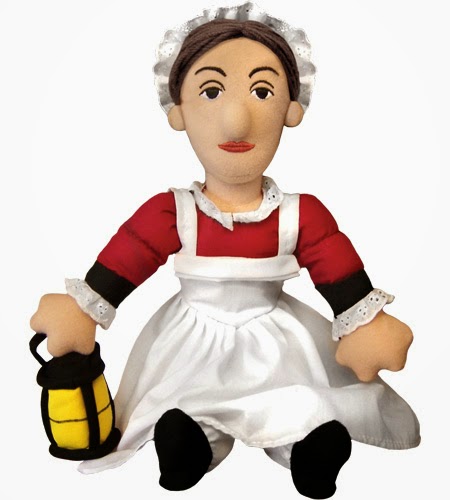 I have worked out the five main reasons.

I have none at the best of times but when some eejit woman limps up complaining that she's sprained her ankle and can't walk properly after slipping on the kerb and she is STILL wearing her stilettos despite the swelling ankle and the nurse takes the time to triage her nicely without just yelling 'take your stupid shoes off woman'.  Wow.

There are a lot of people vomiting in hospital.  From emergency through to paediatric and all the way in between there are people yakking up into bags and the nurses swan through with nary a dry retch of their own.  I can cope with my own vomit and my children's vomit - but even my husband wouild only get a desultory pat on his back before I retreated into the distance to utter soothing sounds at yelling levels.

I haven't had a cigarette since the 1 March 2006.  I miss it but this would completely rule me out of the nursing profession.  I really don't want to take it up again and yet it appears that about 85% of nurses in the world are committed nicotine addicts.  And I'm a bit of a joiner you know - I wouldn't have the self control to be part of the minority.  I'd want to be out there puffing and gossiping and doing whatever the nurses do in those little huddles of blue.

It seems that you can't be a nurse without patients.  And I really think this would be the deal breaker for me. Looking up people's rectums, poking their bulging cysts, strapping their manky feet, soothing their fevered brow, taking temperatures, poking aspirators up noses, rocking distressed babies, calming anxious relatives, admiring urine samples, sticking needles into tense arms, assisting with operations, the list is endless.

So to all the nurses out there - I salute you and to the ones I know personally, I love you.

But I really don't want to be you.

What professions are completely beyond you?

Linking up with the delightful Ms FiveFrogs for the inaugural Laugh Link today.