Can you believe they killed off Tracy?

I just finished the last series of How I met your Mother and I'm SERIOUSLY BUMMED about the outcome.

I wanted Ted to find true love and live HAPPILY EVER AFTER with the mystery woman under the yellow umbrella. 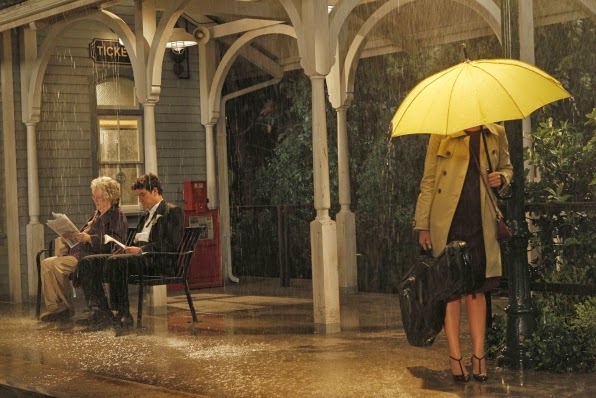 And when we met her, I liked her.  She was worth the wait despite the fact that she got some dodgy lines.  She was what we thought Ted deserved - a bit funky, funny, musical and with the kind of voice that hinted at 'a past'.

I didn't want some truncated relationship where he gets the kids he so desperately desired and then she dies so he can get back with ROBYN.

And then my husband tells me that he understands that the ending was filmed at the beginning.  That those kids of Ted were hiding this secret all these years.  I hope they got a bucket load of money for it AND for breaking my heart.  Shallow little buggers.  SIX YEARS MOURNING IS NOT ENOUGH FOR TRACY.  We waited too long.

This particular TV series is something we kind of fell into a few years ago and then went back to the beginning and had a marathon catch up of the first five seasons, and then we've caught up on each season when the DVD comes out or in this case, when they ran a How I met your Mother marathon on some channel and we recorded it.

It's been a fun ride but if I'm honest, Robyn was always my least favourite of the gang. She was hard work.  She didn't do dress ups, she was emotionally constipated, unwilling to compromise, incapable of saying sorry and was always making promises she didn't follow through on.  She's THAT friend that we enjoy the company of when we see them but probably don't keep in touch with over the years, because it's entirely one sided and that gets a bit boring for everybody.

And this post should completely tell you that I obviously became FAR too involved in this group of people's made up lives.  But that's the glory of escapism.  That's the glory of story lines that are intentionally fictional, not fictional like 'reality TV'.

I want more shows where I can have firm opinions that really don't matter, full of catchphrases and characters that will resonate with a certain age group for years to come and where you hope that the little boy that was Doogie Howser, who grew up to be Barney Stinson, lives happily ever after on Broadway.  Oh wait, he is - hooray! 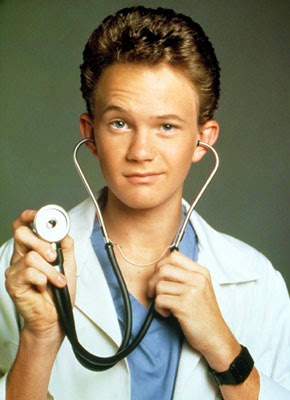 Sigh.  I suppose I shall get on with the business of you know, real life and tuning in each week for my fix of Mark, Lewis, Justin and Kane. Because you know, like, ah... to be honest. I like watching House Husbands and so I'm going to do just that.

In the meantime Ted, Barney, Lily, Marshall and Robyn - PLEASE DO NOT DO A REUNION SHOW IN TEN YEARS.  Or even five.

It's been LEGENDwaitforitDARY - thanks for the laughs but now it's time to go, so in the immortal words of the Von Trapps - so long, farewell, auf weidersehn, goodbye. 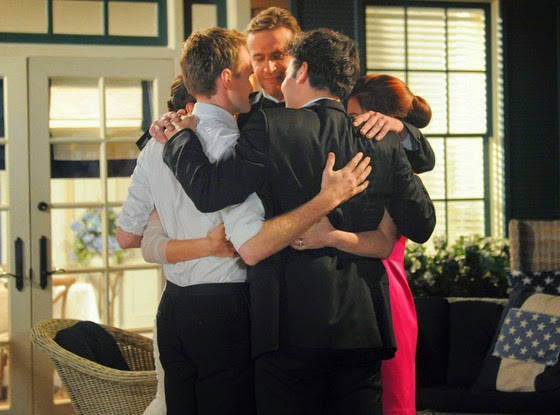