The power of words

As a professional profaner, I am often amused when my friends come around and say the word 'bum' in front of my children and then immediately blush and stammer out an apology.  I am their mother.  They are exposed to my irresponsible vocabulary all the time and have never once used a swear word.

Except for the time their generally better behaved father said 'Tosser' in front of them once and they misheard it as 'sausage'. It was adorable. Despite the air being regularly coloured with descriptive language, strongly fortified with appropriate obscenities, they don't swear.  Yet. 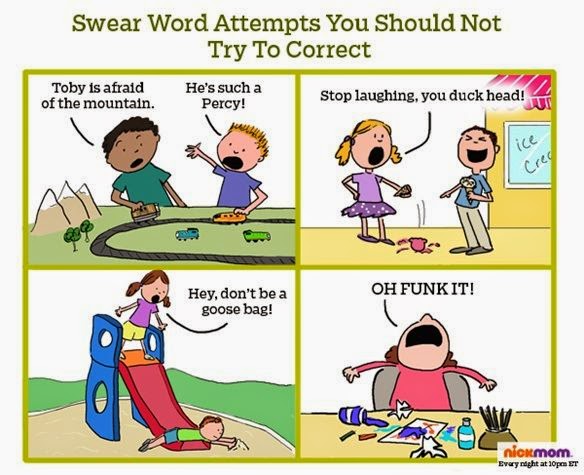 It's inevitable.  And not because of their 'nuture' environment.  If the nature versus nuture argument had any weight at all, my practically teetotaller, non profaning mother would never have been blessed with a cursing boozehound as a daughter.

Like chortle.  That's an awesome word to say out loud.  The girls are currently also big fans of the word 'fart' and 'poo'.  Preferably yelled loudly while giggling at their own hilariousness.

But I know they are going to use words that hurt as they struggle to make sense of the world around them and surging hormones, fickle friends, failures and fights.  The siblings' occasional hair pulling will slide into door slamming, foot stamping and 'You bitch' being screeched through the door.  Puberty is hell.  We all know that. 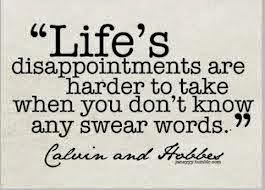 Worst of all they could hear me talk about them, their father or other people like that.  They could hear me express my frustration by saying things like "you're useless", "you're stupid" or "why can't you be more like your sister", "you're dumb", "you're an idiot", "bloody (insert race/nationality/religion here). They could hear their parents belittle people based on their income or their beliefs or their fashion approach.

They could grow up thinking that somehow they were on a winning ticket because of skin colour or their education.  Or they could have the misfortune to be parented by a woman like the mother at the park the other day where she yelled, along with a plethora of other charming statements, at her maybe 3 year old "I should have aborted you you worthless shit."

In that sentence, the wounding, the rude and offensive was not in the swear word. And that was what she was prepared to say in public.  It breaks your heart.

Sure, it'd be great if I could remember to say 'bother' rather than 'For fuck's sake' when I read something in the paper that annoys me or 'ouch' when I kick my toe hard enough to break, but we all know that those words don't come close to expressing the full gamut of emotions.  If a picture paints a thousand words, one decent swear word can write a novel.  A wonderful articulate and universally understood novel.

The power of words is not in those deemed 'swear' words.  It's the personalised adjectives prefacing them.  It's the use of a descriptive word to diminish somebody.  It's in the anger that simmers beneath the words or the venom in which they are hissed.  It's the repetition, the determination with which words are used to make somebody else feel small.

Those are the words that I will find offensive when my children use them.  Those are the words that I will work with them to find alternatives and to work out a better way to communicate emotions and ideas.  And yes, I will encourage them not to swear - the classic do as I say, not as I do.  And they will probably learn about swear jars and make me have one and they will retire billionaires before they reach high school. 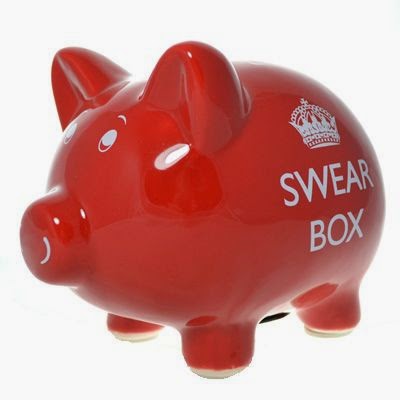 In the meantime, before I fund their retirement, I will continue to try to swear less and take deep breaths before uttering an 'Oh bother', and where possible, refrain from reading about Australian politics in front of the children.