Yes you're a little bit racist

If I have to read ONE MORE FREAKING ARTICLE by white Australians saying that everybody is a little bit racist and that doesn't mean we're racist I am going to see my brain explode.

Mark Sawyer, a Fairfax journalist, is the latest with this piece. 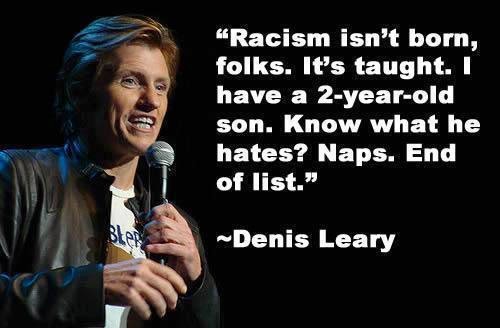 Yes, good people can say stupid things and good people can do bad things, not necessarily making them bad people, but it's like peeing in the pool.  Even if you only pee a little, you still PEED IN THE FREAKING POOL.

And saying that it's okay to be a little bit racist because minorities are racist too is one of those STUPID THINGS PEOPLE SAY.

Racism is racism.  If you are making negative assumptions, or judging people on the basis of their skin colour or nationality, you're being a RACIST.


I don't give a shit whether you are whiter than white or blacker than black.  Racism is DUMB.

Of all the things that we should have learned by now, the fact that we don't experience serious racism or because we walk past casual racism because sometimes its just too hard, DOESN'T MEAN IT'S RIGHT.

Bloody hell.  Just stop moaning moaning about how oppressed we are because we can't be RACIST ARSES. And while we are stopping things, for the love of Fatty Arbuckle can we PLEASE STOP SAYING THAT WE HAVE EXPERIENCED RACISM because they released a movie saying 'White boys can't jump'.

The fact is anybody of any colour judging people on the basis of skin colour or nationality is an IDIOT.  And if you say something stupid which on reflection you recognise was the wrong thing to say JUST BLOODY APOLOGISE.

If you say something stupid that is about race or nationality THEN YOU WERE RACIST.

You basically peed in the pool.  So just admit it.  Own it.  And stop it.