10 signs the apocalypse is coming

Forget the four horsemen.  Though they may yet come thundering in to deliver to us the most terrifying of last judgements (or pop up in a movie with Hugh Jackman - whatevs), there are already some clear signs that the end of the world is upon us. 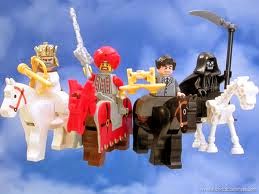 These ten things happened in the midst of real life over the last few days so the end of the world is not only nigh, but pretty imminent, like we are TOTES GONSKIS guys.


These things never happen.  Not in my world.  EVER.  So they must be signs.  (And not that everything is awesome Mr Cole)

What cluster of 'things' would indicate the apocalypse is nigh in your neck of the woods?