Today my first born celebrates four years of being alive.  Well she's not to be fair.  Her father and I are the ones high fiving each other in the kitchen as she scoots around on her new bike, in her Anna dress covered with her stethoscope and other Doc paraphernalia and yelling at her sister not to touch her stuff. 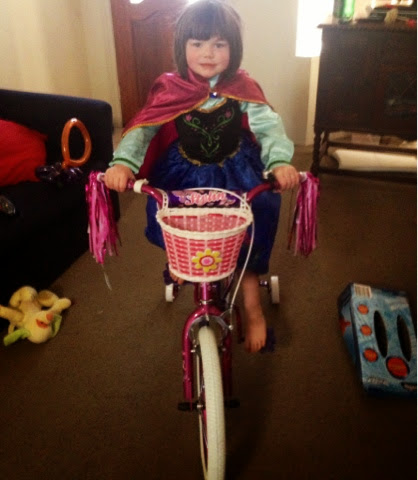 But I find myself, on this day, a parent of two girls - both glorious, funny examples of the human race and how genetics, environment and personality combine to make people so wonderful you feel like hunting down garden obsessives and yelling 'CARROTS? Ha! I grew PEOPLE! IN MA' BELLY!'

But you don't.  Because that would be weird.

I've learned that there is an awful lot of parenting that goes on in this world because 'what will people' think.  We talk about the insidiousness of mass marketing telling our children what to look like and how to dress without thinking twice about making them do something because we want them to do it, or because their grandparents won't like it, or because 'slippers are not okay for the supermarket'.

Why shouldn't they have bad days? Why shouldn't they talk back when they don't understand why you're asking them to do something?  I'm not talking safety and manners here.  The girls have boundaries and we are uncompromising on treating people with the same respect as you expect from them.  But I've spent a lot of time thinking about what I ask them to do and why - and if you told me four years ago I'd be that parent, I'd have thought you mistook me for some kind of idiot.

I've learnt that it's okay to spoil my children.  Because I can spoil them without them feeling entitled.  I've learnt that embracing their defiance as an example of them trusting me to love them anyway, is a great way to work out what they don't yet understand.  I've learnt that yelling at them because they are pressing every single one of my buttons is okay, if I'm mature enough to apologise for being a grumpy arse, so that they know how to do it too.

I've learnt that if I do things at their pace and not mine I get to have conversations with them I would never have had otherwise.  I have learnt that if we change the way we do something because the other way doesn't work they'll roll with it. I've learnt that they prefer standing in front of the neighbour's trees for photos rather than ours.

I've learnt that I don't believe in smacking children because I recognise that in doing so I'm demonstrating that I've lost control, not them, and that I'm teaching them that violence is an acceptable way of making them do something.  I've learnt that reading aloud to children is just as boring as reading aloud to adults and that I have a capacity for craft that has lain dormant for a good many years.

I've learnt that the sound of my two girls laughing and not sharing the joke with their parents fills me with confidence about their future relationship. I've learnt that I don't care if they tip oats all over the kitchen floor because they want the independence to make their own breakfast.  I'd rather they make mess, wear their good dresses to jump on the trampoline and wear wellington boots to bed if it makes them happy.  Because these things don't matter.  They don't matter at all. 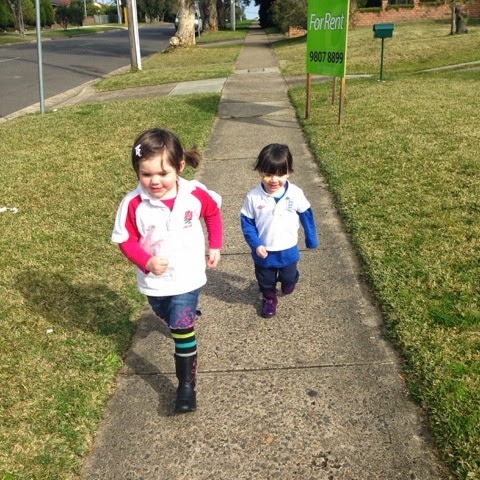 It matters to me that they love words and they love ideas and they have an imagination which will keep them company throughout their whole lives.  It matters to me that they exist in the world they live in, that they embrace technology, environments, education, opportunities, sunscreen and ideologies which are reflective of their future, not the past which so many view with rose tinted spectacles and obvious memory loss.

It matters to me that they know that they are loved by both of their parents with a fierceness we didn't know was possible, but that they owe us nothing.  Nothing.  For we chose them, not the other way round and it is up to us to be the kind of people they choose to be with once they know they have options.

Don't anybody tell them too soon. Please. 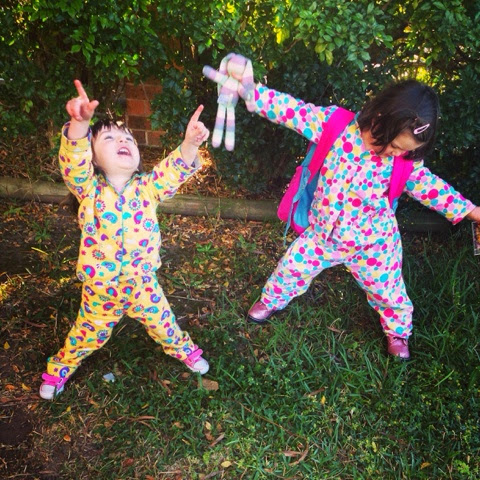 I've learnt that some people like putting tomato sauce in their porridge and that blowing bubbles in your milk is hilarious.  I've learnt that four years passes so quickly I still haven't finished some of the things on my to-do list from my first maternity leave.

I've learnt that if you mess with my children I am capable of vengeance in the style of Jules and Vincent and that people who can't yet say their own name without a lisp can name every single type of dinosaur known to man.  Correctly.

All that in just four years. Who knew?