When I first heard the term 'microfashion', I probably assumed it mean short stuff if I gave it any thought at all.

But now I know it means fashion for small people.

And I'm determined that my girls don't grow up to be as completely clueless as I am.  Mainly because it's one thing to look a lot like Susan Boyle when you want to look that way, and a completely different thing for that to be your look by accident.

To be on the safe side I've banned velour in this house.  Because I hate it. I don't know why adult women wear it and I don't know why children wear it.  It's ugly and feels hideous and nobody but nobody ever looks good in it.

No exceptions. I know some of you wear it, swear by it and love it.  But I'm the fashion expert remember and I'm telling you you are completely wrong on this.

Children stay about the same size for approximately three and a half minutes, so I'm not a big fan of saving clothes for good.  I also largely let my children choose what they are going to wear because they are only small people for such a brief time and the system will attempt to mould them soon enough.  Let their creativity run riot before they realise that people spend a lot of time judging you on this shit.

It also means my children spend a lot of time in very little clothes.  Clothes get in the way of life apparently.  They're a little more persuadable when it's chilly but only sometimes.

So anyway, in microfashion today - the Tullinator went out like this: 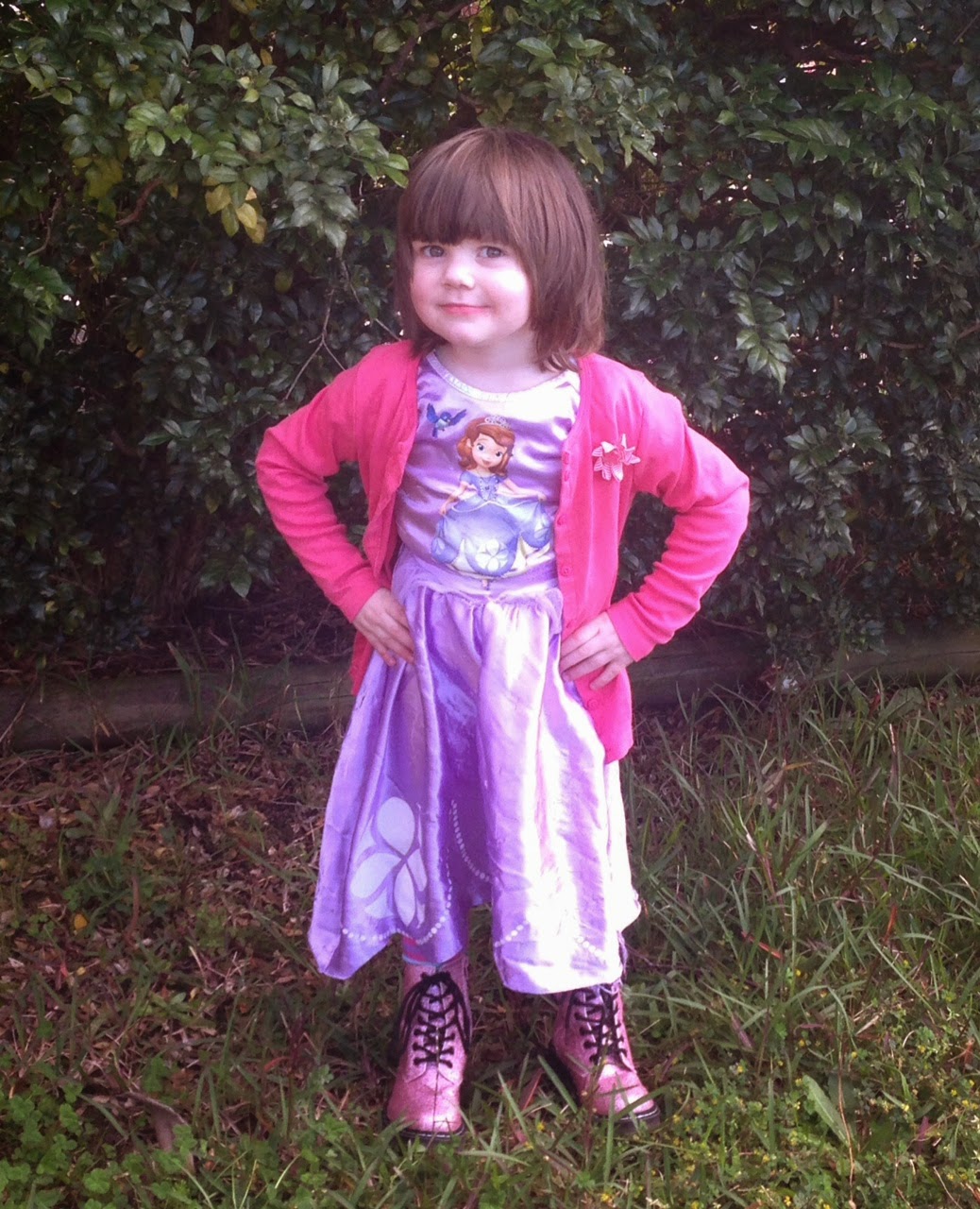 One Princess Sophia dress, over a Doc McStuffin vest, topped with a pink cardigan and finished with a pair of pink sparkly lace up boots.  Hair style - unbrushed.  Nailed the look and earned her many a compliment while out and about.

The Cassinator went out in a purple jacket, a pair of pink jeans and some black shoes.  I accidentally deleted her photo and before I could catch up with her style - events meant that I had bought her a new pack of underpants and a pair of leggings so she was engaging with the world dressed as follows. 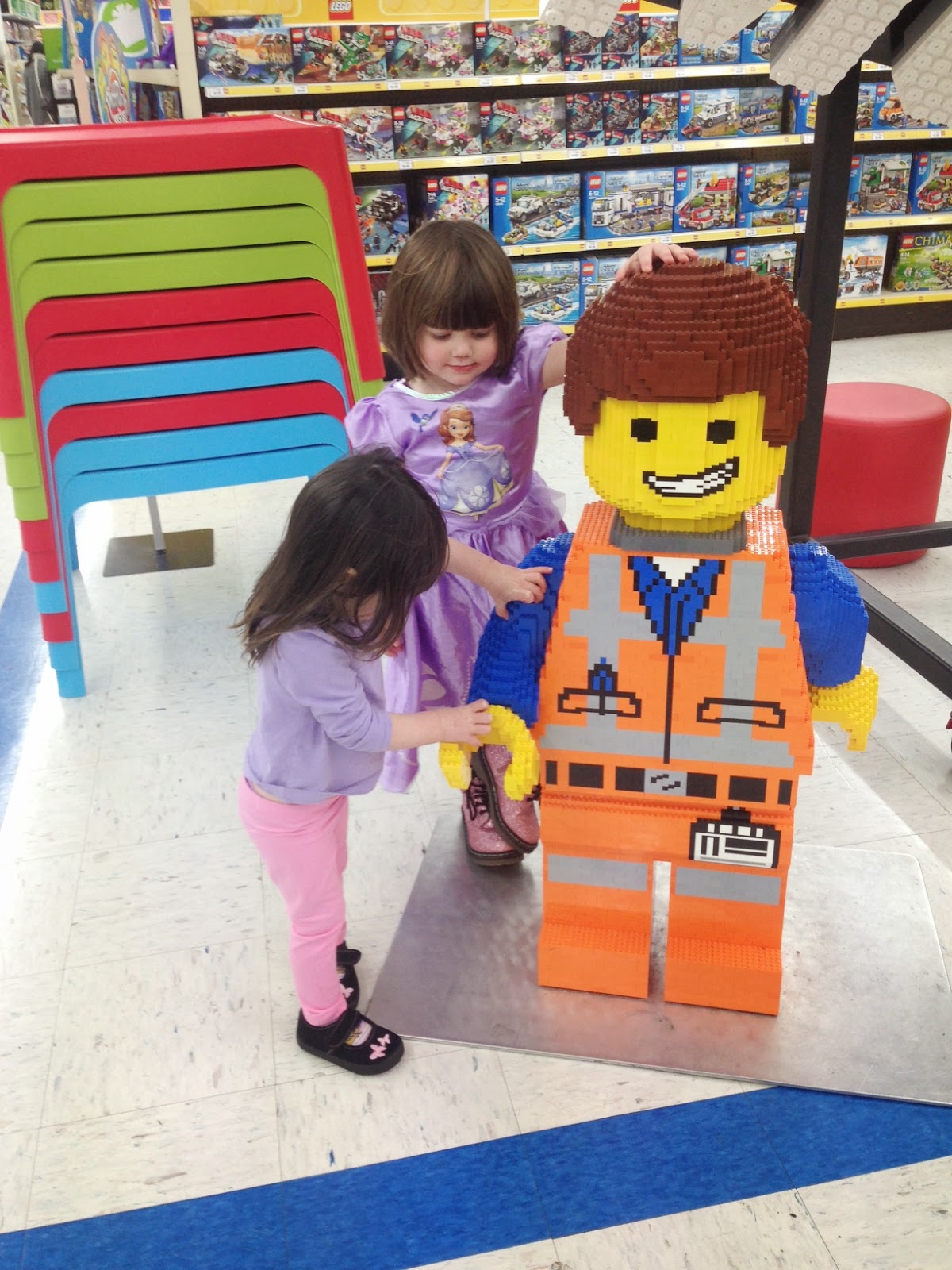 Then events overtook again (can I just say never kill time with a poorly two year old in a public place if you have not packed for Armageddon) and while I mopped the floor and waited 25 minutes for sales assistants to get me a plastic bag to put wet clothes and wet tissues in, she got on with life (and playing the role of Mrs Blob) dressed thus. 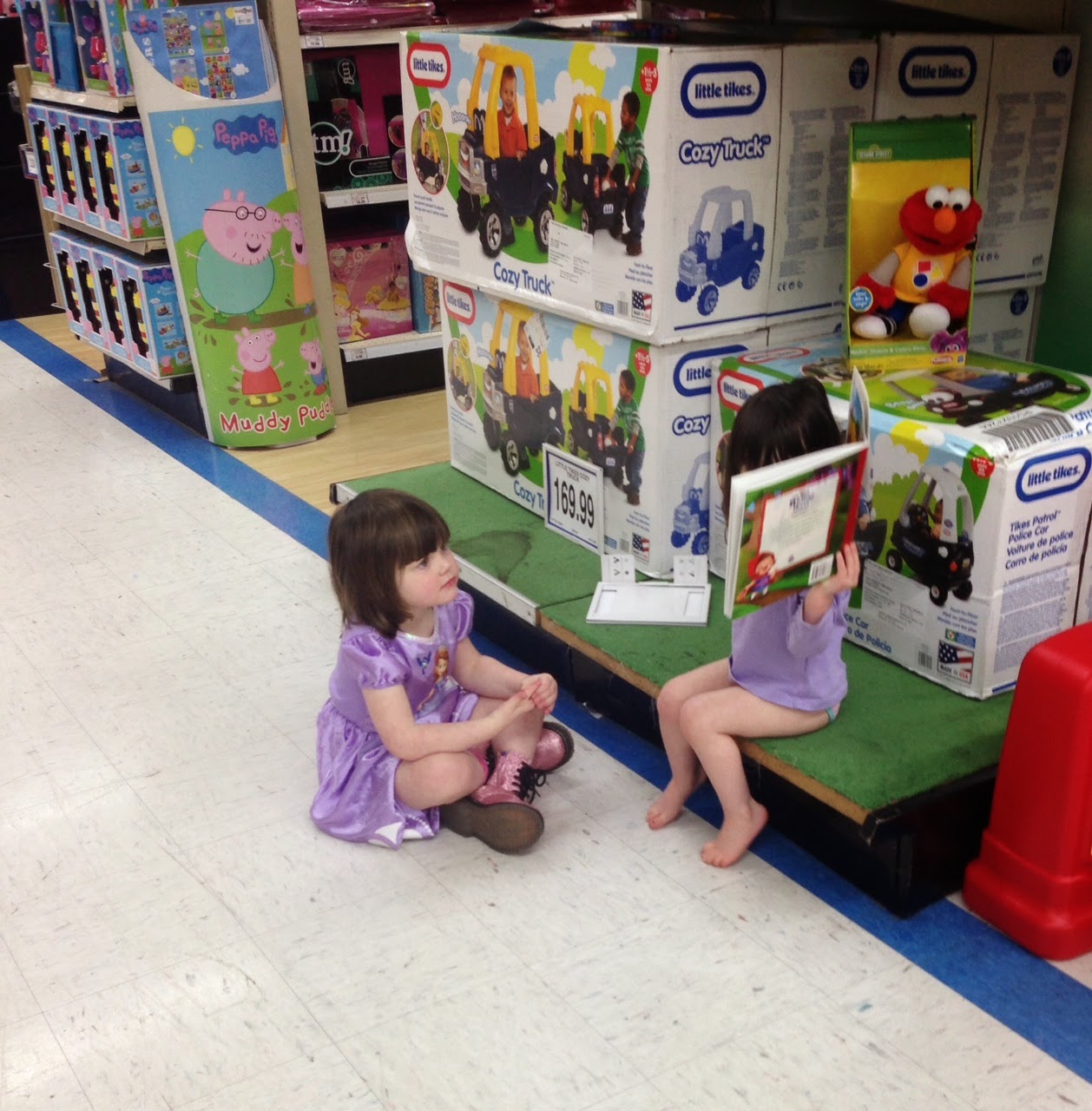 Yes. In a book, a purple long sleeved tee and a pair of underpants.  And that is how we took her to the doctors.

Who dresses your small people - you or them?