The day my daughter flew

Having two daughters quite close in age, who basically find each other perfectly AOK company, means we don't often do things with them separately.  Mainly because they like each other and we're okay with being perfectly mediocre parents who force their children to hang out together until they mutually discover a love of music and become a musical duo which makes us a fortune as parentpreneurs and get our retirement funded long before they go broke, develop drug addictions, marry the wrong people and become tabloid fodder. 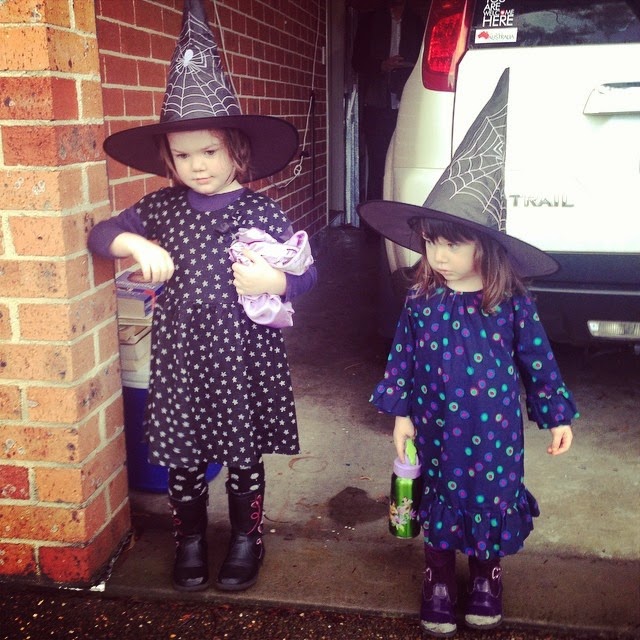 So when recently I got the opportunity to go and check out the new indoor skydiving place iFLY and I could take a child aged 4 years or older, I took it as a sign to have a day out with the Tullinator and do something with her that neither of us had ever done before.  And because of the 4 year old rule - I wasn't even choosing between them.  It was THE RULES.  I love being able to pass responsibility along in solemn tones.

So I told her we were going on an adventure. We caught the bus into town and she loved that adventure.  She loved being able to have Maccy Dees for lunch and walking around the block killing time.  She even thanked me for the adventure and said she loved me.

I obviously don't take my children on enough adventures.

So when I told her we had one more bus to catch to the actual adventure, she yawned and slept the whole way.  Which is good because having to explain what we were doing the whole way to Penrith might have stretched my knowledge of how humans fly.

While she slumbered beside me, I listened to the iFLY bus driver Christian talk about about wind and tunnels and energy grids and the history of iFLY and how it helps train dinky di skydivers who do the fancy routine stuff so by the time we got there and she asked how we were going to fly I was able to describe it thus:

"Why do we have to wear helmets and overalls and she doesn't?"

So if you've not heard of iFLY, it's basically indoor skydiving.  You get all of the wind, adrenalin and what not as you do with outdoor skydiving but without having to step out of a plane.  You step into a big tunnel of wind, assume the position and go bouncing around like you're James Bond - just fatter and less coordinated.  Or in the case of the four year old, twice as coordinated and not even a quarter as fat.

And after wrestling with the instructor to start - she was just great at it.  She's four and flexible so she initially bent in half which was slightly alarming for me but once she got that she needed to resist a little (unlike adults who have to relax A LOT), she pottered about with a determined look on her face and a gritted smile whenever she caught sight of me through the window. 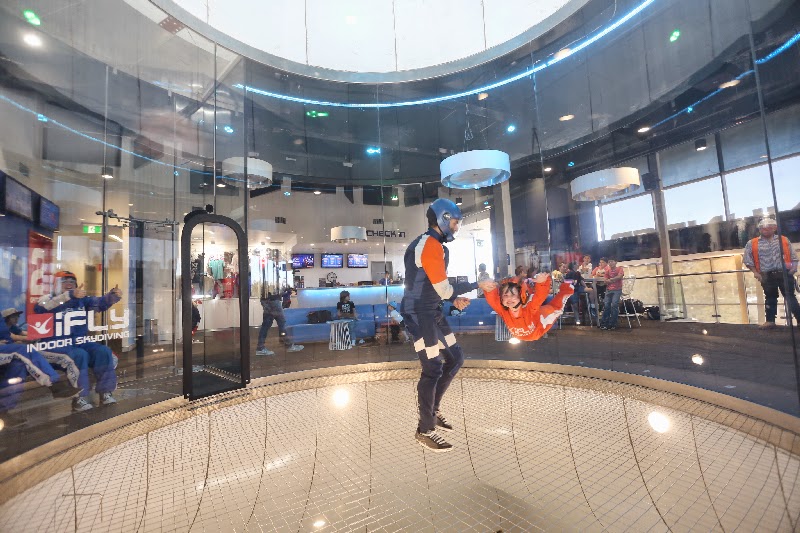 She flew on her own.  My first born baby flew.

I love my girls for no reason and every reason - but one thing I love about them is their extraordinary capacity 'to try' and with such fearlessness. 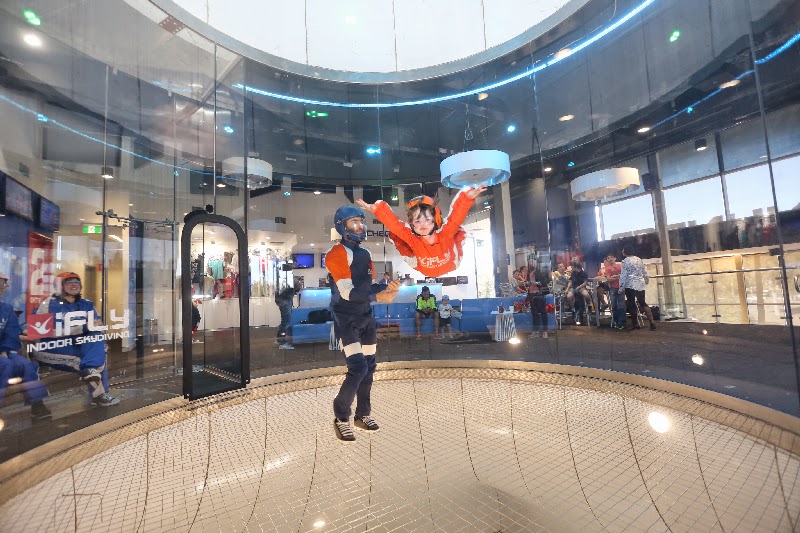 She came out of the tunnel telling me it was "FUN BUT WEIRD" which is a pretty darn accurate description of skydiving I think.  Afterwards she told me that flying was harder than fairies made it look.  She didn't want to have a second go - more than happy to sit and hold the hand of the girl next to us while I did - I even had a go at spinning up to the top of the tunnel with the instructor and back down again.  It was such amazing fun and something I'll do again. 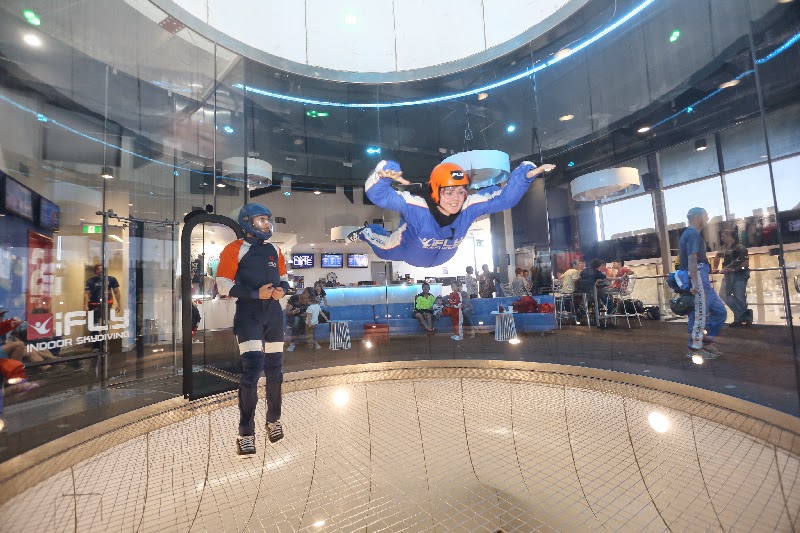 In addition, it's got me all fired up again about trying outdoor skydiving.  Which I'll definitely be doing tandem.  Out of all the people who were in the group - I was the only one to almost fly out the door backwards.  I like to consider it a special talent but not one I want to try as I hurl myself from a plane. 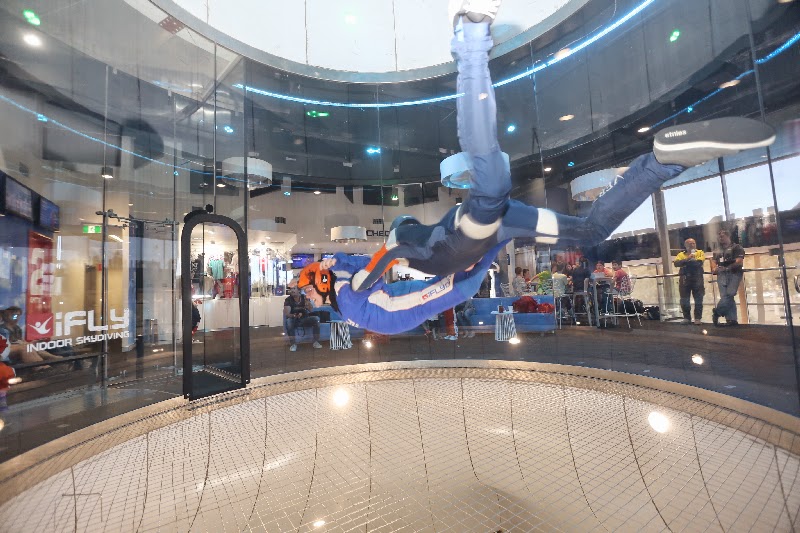 Even better - the Tullinator thought it a much more awesome adventure than the bus ride into the city.
Parenting win.

Luckily, we both loved it and it provided me with a great opportunity for a girls' day out.
We thoroughly recommend it and appreciate that blogging allowed us this opportunity.

If you want to know more about #iFLYdownunder
go to downunder.iflyworld.com