I agree with Clive Palmer. I know. Who would have thunked it?

Remembrance Day is not a day for politicking.

There should be no turning our backs on politicians or any such bollocks.

Remembrance Day is bigger than that.

At the heart of it - War is two groups of people disagreeing and then sending other people to sort it out.  War is ongoing.  We are not a country free of war and its fallout. Remembrance Day is not just about the second world war, or the first, or 'Nam or any of the hundreds of conflicts that Australian soldiers have been involved in. 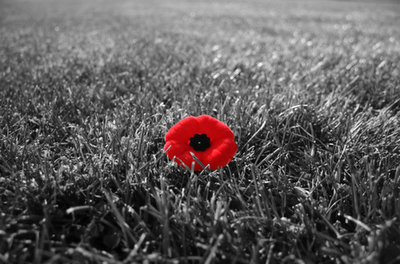 It's about remembering that the sacrifice of war is not just in the men and women we offer up as canon fodder, it's not just about the people injured physically or mentally that live with the damage until the day they die, it is also about the families and communities that are permanently impacted.

War is not noble or glorious. It is gut wrenching, painful and calls for courage from those who had no part in the making of it.

War is a collective effort and that the consequences are far reaching.  We need to make sure that our acts of remembrance grow with us and that we recognise that war is not just a jolly adventure for young white lads looking for a bit of a lark.

It's about recognising that war is not an abstract thing. It is fierce, painful and entirely with consequence.  Families live with the effect of war long beyond the formal declarations of ceasefire. Those that serve - whether they bear arms or support those that do- are changed in ways that we who have never gone to war will never understand.

Remembering is a fine thing. But so is not forgetting that we are not yet done with war.  Let us remember without glorifying, without sanitising, without white washing.

Let us take heed to the words of Wilfred Owen - soldier and poet:

My friend, you would not tell with such high zest
To children ardent for some desperate glory,
The old Lie; Dulce et Decorum est
Pro patria mor.

Lest we forget. For we sure as heck don't learn.
****
Don't forget to follow Talking Frankly on the social medias