Without exaggeration, about 100 billion percent of articles that talk about 'slowing down' or 'de-stressing' advise you to stop doing things.

Don't be the one that stays late at the office.

Don't be the one that does the grocery shopping.

Don't be the one that buys the birthday presents.

Don't be the one who goes to the gym five days.

Don't be the one that cleans the bathroom.

Don't be the one who calls the aunt nobody likes.

Don't be the one to volunteer at your school.

Don't be the one to cut the oranges for sports day.

Don't be the one to mentor the graduate.

Don't be the one to organise team lunches.

Because apparently, if you don't do it, somebody else will.

And then you aren't stressed anymore and your life is slower because you're not knocking yourself out doing stuff and you give people opportunities to step up and be part of it all. And it eliminates resentment and everybody is happy. 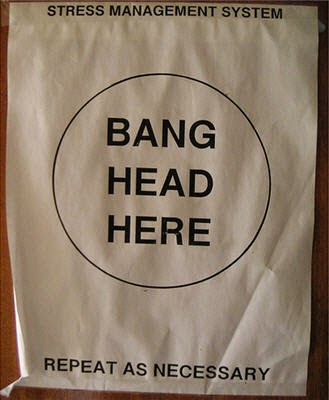 Which anybody that does stuff knows is absolutely codswallop.  Total bullshit. On every single level.

The simple fact is that about 100 billion percent of the time plus one, if you stop doing stuff, nobody does it.

If they were going to clean the bathroom, cut the oranges, go to the gym five days, volunteer, mentor, organise, stay late, buy the groceries or grab the birthday present - they would have already done it.

If doers stop doing stuff, it doesn't get done.

The world is divided into two different types of people.  People that do and people that don't.

People that do are not going to feel like life is better if they stop doing things.  They just end up surrounded by chaos which everybody knows is contrary to the whole point of slowing down and de-stressing.

I know that it's a vicious cycle.  If you do something people develop expectations that things are going to get done and so to stop doing them reflects poorly on you.

This is particularly vicious at work where people work way harder than they are paid to do but would be marked down if they failed to perform at that level for ever.

And sitting over there in the corner is a person that doesn't do things getting paid the same and the expectations stay lower.

So the myriad of articles and courses telling people to not do things is, at best, patronising bollocks and worst, a whole lot of profanity.

I'm not glorifying busy.  But shit has to get done and somebody has to do it.

But why is being a doer all of a sudden a bad thing.  Why such an industry around it?

The funny thing is, people that do will probably try the courses and read the books, to work out how to do less, to slow down, to de-stress.

So own it people that do.

Pat yourself on the back and say "Those oranges were simply magnificently cut if I do say so myself".

And then go home and burn all the stupid books and articles.  Because you are perfect, just the way you.

And thanks for the oranges.  Because sure as sure thing nobody else was going to do it.