Our fractious relationship with human rights

Myuran Sukumaran and Andrew Chan, two members of the Bali Nine who are on death row in Indonesia, had their hopes for clemency permanently dashed last week.

I am absolutely completely against the death penalty.  And I absolutely see and recognise their remorse and their acceptance of a life lived in prison.  I absolutely celebrate what they have managed to achieve in prison.

I don't profess to understand the intricacies of the case, the oft asked question about whether or not the Australian police could have arrested them here rather than letting them be arrested in Indonesia.  I have never been in a place where trafficking illegal drugs has been a life choice I was in a position to make.

I do understand that when we travel, we travel to experience places as they are, not as they are at home.

And it's not always pretty.

What I fail to fully understand is why as we, as Australians, are motivated to gather together, hold vigils, perform live, do whatever it takes to protest the laws and humans rights violations of other countries when we turn a blind eye to violations committed by our own government, in our name, that are happening right now.

We protest Greste's unlawful incarceration but say nothing about our asylum seeker policies which have been named and shamed as plain wrong by the United Nations.  And they affect thousands not just one.

We complain about the rights of native people in other countries being over run by foreign people but ignore the fact that Australia as we know it is a result of a forced occupation and subsequent genocidal approach to the people who already lived here. 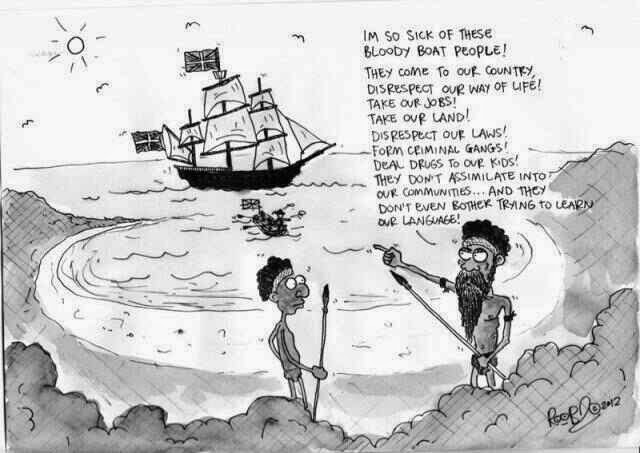 We don't recognise the rights of our own first Australians but can absolutely solve the whole Gaza thing over lunch.

We marched to support Jill Meagher but vote in a body of people who systemically decimate the support systems for women and children living with domestic violence and throw in a healthy dose of victim blaming to boot.

No government should be above the law. 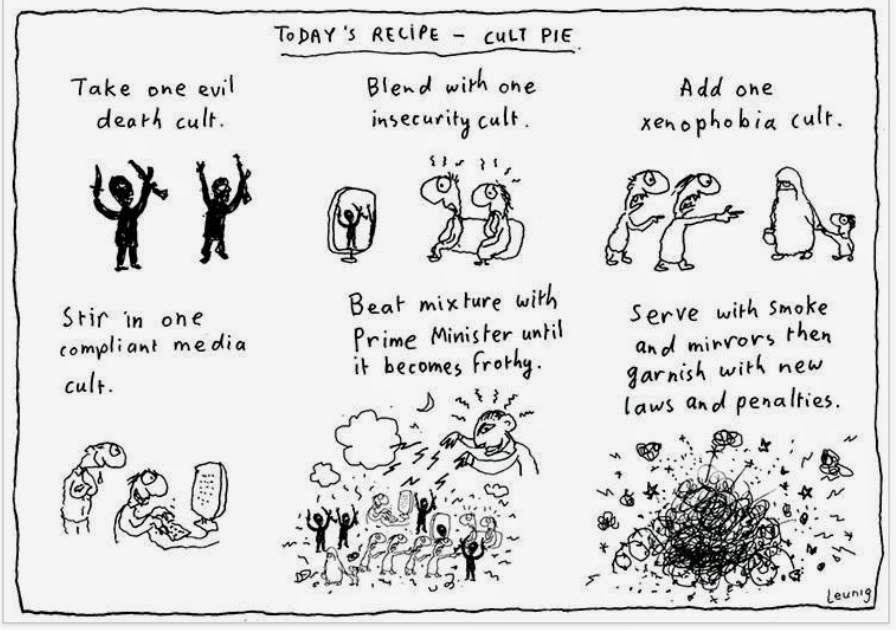 No government should enshrine the violation of human rights into policy - be it death row or detention centres.

No government should exist in a state of isolation as if there were no lessons to be learned from the past or no future that can be unravelled by poor decision making today.

No government should exist as if a good economy is the only measure of success.

And nobody should vote as if their own well being should be the primary consideration of an elected government.

Our discomfort with confronting our own fractious relationship with human rights is discombobulating because it raises the notion that when we talk about human rights, we are only talking about humans 'like us'.

But 'like us' is a nebulous notion which distorts our basic obligation to humanity.  We can't just support the rights of some over others because it is easier to criticise 'others' than it is to criticise 'ourselves'.

Basically, if we want Egypt and Indonesia and all the other countries to do the 'right thing', we need to be demanding it of ourselves.

And not just at election time. All the time.