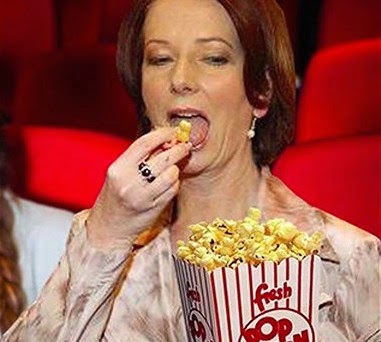 Somebody noted today that I have been very quiet about the leadership spill.  Trust me - I have had opinions.  Big, loud, profanity loaded, opinions. But part of me confesses to a bit of stupid overload and I couldn't work out where to start writing about it all.

No. I don't like Tony Abbott.  But whether or not he is a good 'captain' is almost irrelevant at the
moment because he is just one man.

The policies of the Liberal party (in my view) are deeply flawed, lacking in compassion and steaming with aspirations of power hungry politicians.  And Labour, much as it hurts me to say it, is not much better.

The only reason a change of Prime Minister would excite me is if we were about to get a leader who was actually going to be a good person, not just a good Prime Minister.

And I think to myself - if the good citizens of Australia truly believed people such as these were THE BEST on offer, what the hell was the alternative?

Why is it that we are now voting in people that are complete and utter douche bags?

What is that saying about us as individuals?

Not a lot of very nice things that is for sure.

I also dislike the way a storm of hate has been directed at Tony Abbott's chief of staff as if she is responsible for him behaving like a cretin. Tony's a grown man. And he's the head of the country.  You can be fairly certain that whatever culture has been imbedded into his team comes from him, or with his full approval.

Let's not make excuses for him. Or his party. And let's not blame his employees for poor management.  Or Prince Phillip's knighthood.

Let's not excuse our dehumanisation of the sick, the poor, the refugees, the aged, the lonely, the vulnerable as good economic policy.  That's been proven time and time again to be absolute bullshit by qualified professionals across the globe.

I don't care what Miranda Devine said. You are only supposed to be reading that shitty paper for the sports coverage, not for the bigotry. 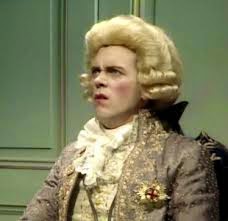 And don't get me started on the LNP only starting good government yesterday.  I kind of felt sorry for those of my friends and family who have been defending the Liberal party, it's members and it's policies for the last 17 odd months.  When the Prime Minister comes out himself and says 'Good government starts today' you know that things are pretty fucked up in the house under the hill.

I do feel weary.  I do feel disenchanted. I do feel like banging on about things like marriage equality, human rights, refugees, women's rights, climate change, education, recognition of our first people and the myriad of other things, becomes really depressing. But then I tell myself to smarten the fuck right up.

If I'm feeling weary, disenchanted and blue banging on about it - think how perfectly wretched the people living with these issues every day feel as the government and the media seek to perpetuate lies, mistruths and other fibs as the basis for policies which hurt our most vulnerable and benefit the most wealthy.

So I'm still here.  Still making noise.  Still thankful for the relative inanity of my own problems. And still believing that we absolutely can do better.  A lot lot better.

And when the days are darkest I think how we were wrong about Prince Phillip doing nothing for
Australia.  If he hadn't been knighted nothing would have changed, there would have been no spill, and we sure as hell wouldn't have had Rupert using electronic graffiti to tell Tony he's a numpty.

So thanks Sir Phillip.  Much appreciated.