When life is a country music song

We've just had a period of six weeks where nothing but nothing was in our control. We had no dog to leave us but when the silver lining in your life is your rent increase (much lower than we were expecting) you know that things aren't being as much fun as they could be.

But we're through it now.  My cousin once called me "bee's dick Al" meaning that I frequently come within a bee's dick of disaster but somehow it all works out.  At the time I was mightily indignant that he perceived of my life as so chaotic but to be honest, there is some truth in it.

Fools and my good self frequently rush in where angels fear to tread. 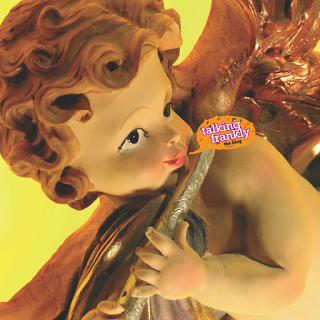 But while the chaos may be all mine, the avoidance of disaster has nothing to do with me, and rather a lot to do with good old fashioned luck and the fact that we are surrounded by an incredible community of people.

In the six weeks we were without a car (when we were only supposed to be without it for ten days), we had a friend loan us a car for two weeks, another friend loan us one for a week and were flooded with offers of loans from various neighbours and even the guy that owns the takeaway near our place. Parents from child care offered us lifts, friends came to us, and working out how to get obscure places on public transport become a competitive sport.

During the period of no car when we had to take our daughter to emergency with a head injury, a friend dropped everything to take us and then we were surrounded by incredibly ace medical professionals who tested the four year old for all that was necessary and sent us home with the all clear, a hyper but healthy four year old with a black eye and most importantly, peace of mind. Turns out that four year olds should not generally pass out, but she had given herself a corker of a concussion. She takes the go hard or go home rule very seriously it seems.

When my husband's job  was unexpectedly made redundant we discovered that we know an awful lot of HR professionals who were incredibly generous with their knowledge of industrial relations, law, recruitment and best practice which made the process much easier. He received lots of messages of support and some incredibly thoughtful texts from friends and most importantly, has woken up with more verve, joy and bounce than he has had in a very long time. The plot twist was a good one for him.

And there was more. Lots going on emotionally, mentally and physically and I stopped wanting to answer the phone or open emails because the universe was really being an arse to both us and some people we care very much about. Those stories aren't ours to tell and some events aren't ours to share. But through all of it, through every twist and turn there was the growing realisation that we don't just have a good circle of friends, but we are surrounded by an incredibly empowering community.

Whether we see people face to face, chat over the phone or via the various social media platforms, our little team of four is incredibly blessed.

While we may come within a bee's dick of disaster far more than most are comfortable with, I am confident that we are living the right life and the evidence is in the people by which we are surrounded.

People that not only like us, but love us and so very preciously of all, believe in us, even when we are very clearly making it all up as we go along.

I'm not so foolish then it seems. #justsayin'