Him what lives here

I've got a secret. 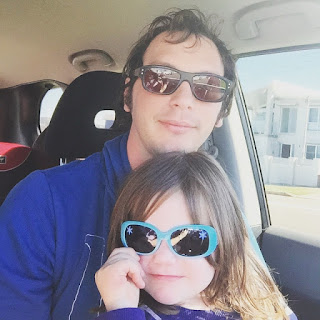 I'm not a single parent.

I'm married to a guy who I respect and who I love and who drives me completely insane at least once a week.

We have two children. Gorgeous children. Mad. Totally bonkers the pair of them.  We're rather fond of them the both of us.

He is a beautiful man. Kind most importantly. A super parent. Stricter than me which surprised not only us but everybody we know, but in absolutely fairness stricter than me simply means he won't peel their fish fingers. He'll just eat them himself and make them another meal.

I know. We're the kind of parents that give Type A people a serious case of the 'tut tuts'.

And you know something. It works.

We're on the same page when it comes to parenting even if we are singing from two different hymn books when it comes to the importance of putting things back in the cupboard from whence you first got them.

My children's inability to put things away I directly attribute to his genetical influence because my family lineage is littered (tee hee) with obsessive compulsive tidy upperers. Which is why we eat so fast in my family because otherwise the plate will be whipped away, cleaned and returned to the cupboard while you're still masticating the first mouthful.

What's this about me not being a single parent?

Thing is, I am about to go away to America for 13 sleeps. To celebrate one of my BFFs 40th birthdays. Cool huh? I plan to get properly excited as soon as I finish my 'to-do list'.

But SOOOOOOOO many people are following up "Oh that will be nice/I love San Fran/lovely news" with a slightly bewildered "who is going to look after the children?"

Which I confess is driving me a little spare. Because at 6 foot three with startling light blue eyes he's pretty hard to miss. 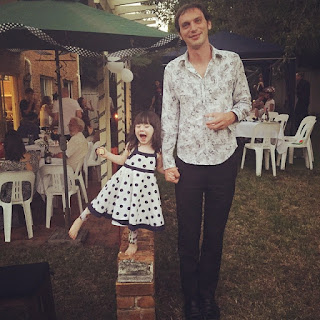 You know the guy? The guy who started the whole growing the humans thing? The guy that taught them fart jokes are funny? The parent that likes taking them to the park? The guy that will agree to be the bad guy or the baby depending on the game? The guy that soothes their grazed knees and gives them cuddles when they're tired? The guy that does silly dances to make them laugh? The guy that lives in our house with us and they call him 'Dad'?

He'll be looking after them. Like he does all the time. But on his own for a bit rather than with me which may be busier but will definitely be quieter.

Exactly like I do when he goes away (except he gets to pee standing up which gives them less time to join him to discuss urgent questions like how does the internet work, what is wind and why is the tooth fairy the only fairy that's real?)

That's who will be looking after the children.