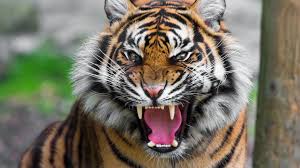 And the judgement has begun.

And as you know, the internet is full of judgemental little fuckers just baying for his tiger blood. The righteousness! The fury! The disgust! The anger!

What a filthy, over entitled, scumbag right?

What about a very human person who did a lot of dumb stuff very publicly who was diagnosed with a a pretty shitty disease WHO WAS FORCED TO GO PUBLIC WITH IT.

I'm not a Charlie Sheen fan. But I do recognise our common humanity and I am flabbergasted and appalled by vicious glee and sly vitriol that has been expressed about this diagnosis. Because the HIV diagnosis is not the appalling thing here.

It's sad but not appalling.

It's the public outing of people for no other reason than our own insatiable desire to judge that is wrong. It is none of our business whether or not Charlie Sheen is HIV positive.

Or if whatshisname is gay.

Or if they screwed two women at once.

Or if they let their four year old suck on a dummy.

Or if they breastfeed until the children graduate university.

Sure some if it's interesting and some of it's just plain weird but it's actually none of my business. Or yours.

No man or women no matter how famous should be forced to reveal private information about themselves to the world at large. Even the ones that have repeatedly demonstrated their commitment to douchebaggery such as Charlie.

The public is unnecessarily salacious and massively moralistic about celebrities.

But to be publicly 'outed'?

It is not in the public interest for us to all know this unless he wanted to tell us. And despite our almost pathological obsession with defining all people as 'saint' or 'sinner' there is no obligation for anybody to be a role model, or an example.

Unless they want to be.

Free choice. It's not just for you.