There was a little girl

Once upon a time in a made up town in a sheep paddock, there lived a little girl.

That little girl lived the life she lived. And she did alright at the living bit because one day she become a woman.

This wasn't because she was blessed with the monthly bleeding that signals possible fertility, or because she lost her maidenhead to a fair prince who took a chance, or any of the other myriad reasons that people mythologise as part of their ongoing depictions of women, but because she turned 18 and legally became an adult so people stopped referring to her as a girl.

To be honest, she didn't feel very different from when she was a girl. Life made no more sense than it ever had and quite often she felt like an imposter. She wondered at the confidence with which other people lived their lives and marvelled at the intelligence of the people around her.

Life took her from one place to another and never involved magic or fairy godmothers or lucky beans. But the thing that she did start to discover as the years went by in a way that had not been clear or obvious to her when she was younger was the power of 'other women'. 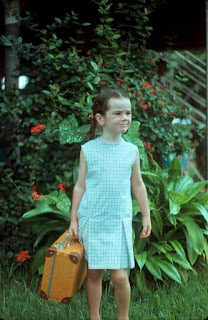 Some 'other women' where villainous and cruel and generally not very nice and for a while she thought that this was because of her. Oh dear readers, how arrogant was this little girl to believe that people's ugliness or otherwise was directly attributable to her. Alas and Alack, she is not alone in believing this and it is a stronger and more durable spell than any that has been conjured in a Disney movie.

But then, like all stories without any kind of decent plot and with not even a halfway decent segue, she discovers the power of 'the other kind of other women'. These women were like the trail of glitter that comes out of a gassy unicorn - dusting everything they landed on with a bit of sparkle.

They revelled in the successes of other women. Supported them in ways that were loving and kind. They laughed. They cried. They profaned. They advised and sometimes they agreed that life was a bitch and then on those days, the days we all have sometimes, they said nothing at all, they were just there.

And there was so much to learn from these other women. It was a relief to the little girl to finally just be the very best and very worst of who she was knowing that there was a lot of 'the other kind of other women' out there. In fact they were in the majority. And like all women, they had been little girls and weren't really sure sometimes exactly where they were going to end up, or even what the fuck they were doing, but that didn't mean they had to tear other women down to get there.

It wasn't that they liked everybody. And it wasn't that they were perfect in any way. It was just that the magic happened in focussing on the positives, and not the negatives when it came to their very femaleness, and it was just generally a much nicer way for women to live. Especially because pay gaps, inequality, sexism, misogyny and all that.

Nobody wants to fight that shit on their own.

So to all the amazing women out there who started off as little girls without a clue and who have grown into resilient, battered, powerful and glitter coated women (quite possibly still without a clue) - Happy International Women's Day. May there be no need of it or any other fairytales some time soon.