In 2000 I had the good fortune to meet a girl from Indonesia who had talked her new husband into forgoing her dowry the year before so they could use the money to vaccinate the children in her village.

She said that while the money would have been useful to them, it was more useful for the village to have their children grow up.  The dowry money would cover vaccinations for all the children in the village until they turn 18 plus fund vaccinations for new mothers.  Most of those children would be grown up now and I wish I had kept in touch with her to find out how it all went.

And also to ask her what she thinks of the fact that there is a movement of people that deliberately don't vaccinate their children in Australia even though it's free. I am willing to paraphrase the answer I think she'd give me.

In the meantime, I think it fair to say that at 19 that girl was twice the woman I'll ever be.

This is Yash.  He is four. He and his community are sponsored by World Vision which is why I have heard about him.  He is hanging out with his mum Shweta after getting some of his vaccinations because his mum doesn't want him to die or end up with a permanent disability. 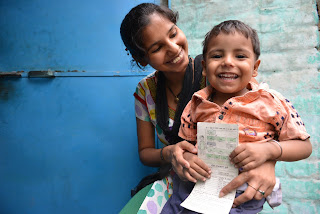 Shweta is grateful that sponsorship and donations make vaccinations for her and her family possible.  I bet if I rang her now and asked what she thinks of people who could vaccinate their children against preventable illnesses and don't she'd say something like

Do you know why?  Because vaccinations save lives.  People in first world countries like Australia who don't vaccinate their children suffer from a first world arrogance that the information they have gathered on the internet makes them more of an authority than all of science.

I can't get my head around why people think that vaccinations are going to kill kids. The stats are in and of the 700 children that died in NSW alone in 2013, none of them died from being vaccinated. Some died as a result of not being vaccinated and some from car accidents and some from drownings and a whole lot for other reasons like suicide and cancer and abuse.

But anti-vaxxers still put their kids in cars even though that is statistically proven to kill more children than vaccinations world wide.

And anti-vaxxers still buy clothes from retailers who use child labour which is statistically proven to kill more children each year than vaccinations.

And anti-vaxxers still use the internet which is statistically proven... nah, now I'm just messing with you.

So it can't be the fact that they are supposedly dangerous or kill people. Because then they would apply that logic to all of their decision making.

The breathtaking arrogance of choosing not to vaccinate when 3/4 of the world would do anything they could to have your privilege is something I truly don't understand.

I have tried. But the more I read and the more I learn about how immunisation saves lives, the less I understand anti-vaxxers.

World Immunisation Week has been a timely reminder to make sure we're all jabbed up and I want you all to make sure you're all up to date as well.

My four year old is going to be less than impressed with me next week because she is the only one due for any jabs.

And she really hates jabs.

And next Friday, when I hold her as she's jabbed, she's going to hate me too.

Such is a first world life baby girl.  Privilege is not always painless. 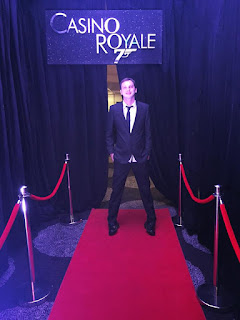 I was asked by a friend recently what was the hardest thing about being married to somebody from abroad was and my initial reply was to say 'Nothing really - he's British'.

And then I realised they didn't mean culturally. (Though the Brits do have some very definite quirks that can drive somebody from the land down under quite bonkers.  Whereas we are clearly perfect.*)

It's a good question and I know why they posed the question. My in-laws are currently in residence for a couple of weeks for their annual immersion in grandchildren and chaos, and my brother and his wife are packing up their family and moving back to her native Canada for a few years. In addition we are surrounded by couples that consist of two individuals from different countries. And then we have some friends that married people from the Shire too which is like another country. And down south, we have another friend who is French who has moved to Australia with her Kiwi spouse and kidlets and is busy settling into another new country with its own unique approach to paperwork.

So paperwork is obviously hard.  As is the cost of the paperwork.  When you fall in love with somebody from overseas you basically just give the government money for years and years to prove that you like them enough to continue to do so.  Doesn't matter which government it is, they clearly do not subscribe to the theorem that love don't cost a thing.

Having your family and friends on the other side of the world is hard. Doesn't matter where you live you probably have a whole lot of people who are part of your happiness that are living somewhere else.  Modern technology and social media make it easier to keep in touch but it's not the same. Ideally somebody will get that teleporting thing cracked so if my husband decides to have a beer with his best mate, neither of them have to fly for 24 hours. The time difference thing might still suck, but hell - drinking before 10am is a small price to pay for teleporting. 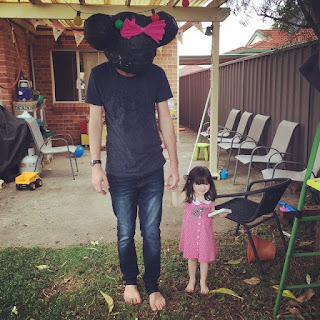 Language is hard for some.  Even though we both speak English we don't use it in the same way. Just getting dressed is convoluted sometimes by the time you steer safely through thongs and pants and undies and flip flops and the like.  Our children are bilingual though which is a blessing. They say both flip-flops and thongs and know that a duvet and a doona are the same thing.  When you add in what Dora is teaching them we're pretty much parents of the year.

You also have to accept that their mother will never ever forgive you for not being local. It's got nothing to do with whether they like you. It is the fact that if you're not living near them they've not got their son/daughter nearby, and then when you have their grandchildren abroad you might as well stand there and rip their beating hearts from their chests and hold it aloft while cackling maniacally.  My brother and his wife have cracked this though - they take turns breaking their mothers hearts which seems quite egalitarian of them really when you think about it.

Strangely, politics is hard. Even when you are both bleeding heart lefties, the way that can play out is quite different. When you are watching the decisions your country makes from abroad and the only way you can make your feelings known is by howling at your smartphone, falling to your knees and screaming "WHHHHHHHHY?". As a person abroad, how your country purports itself really impacts people's perceptions of you as an individual.  And let's face it, every person from a country that doesn't currently have Justin Trudeau planking on his prime ministerial desk is basically feeling the pain.

But you know, when you love somebody - it is what it is. I have never known of anybody bar Colin Frissell choose love based on nationality. 17,000 kilometres isn't that far really thanks to those that invented aeroplanes and it'll be irrelevant when that teleporting thing gets sorted out.

So if she asks me again, I'll say the hardest thing about being married to a person from abroad is he never puts the sugar away. Drives me effing bonkers.

Rent: Not the musical

You know, people that don't own a house.

Mainly because we kind of hadn't really decided which country we were going to live in so like all good people faced with hard decisions we decided not to think about it.

This century we've lived in three countries and 9 towns/cities in that time so clearly we have commitment issues when it comes to locations. That said, we've been in our last place for 3.5 years which is the longest we've lived anywhere since Y2K didn't happen.

Our current place is a great house with a kick arse back yard and lovely neighbours.

But our landlordlady wants to move back in. Possibly because it's a great house with a kick arse back yard and lovely neighbours. 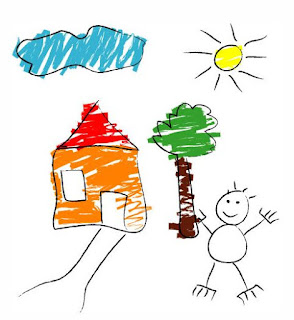 Either way we're on the move sometime in the very near distant future.

And even though we've only known that for 3.5 half days I'm obsessed with refreshing real estate sites every 3.5 seconds to see if somebody has put up a new place in the area we want to live.

Which is pretty much exactly where we are. We have a kid at school now and another starting next year and we love our local community which is packed with really lovely people. So much so my social tourette's gets a work out whenever I go outside and Nick dreads the words 'By the way did I mention......?". We use words like 'catchment area' and can name every park in a 3 kilometre radius. We are completely smug about how close we are to the city and to the water and to Dan Murphy's.

Moving doesn't bother me as such. Yes it's expensive and annoying. Rent will be inevitably be higher, moving costs are astronomical, we hate dismantling furniture and trampolines almost as much as hate putting them together and Nick just doesn't pack the same way as me so we may even have to find two places if he can't agree to do it my way.

It's the desire to stay local which has taken me by surprise. I don't need much excuse at all to move on from a place, try somewhere new or do something different. I still hanker for London as much as I love Sydney.  But here I am, pushing refresh to make sure I don't miss out on staying put.