And I bet you don't give a rat's bottom.

But I do need to start this by stating that I am a heterosexual married white female.

Not queer at all if we're referring to sexuality.

I'm one of those humans that gets all their human rights here in the land down under handed to them on a platter because I'm
both of which I have no control over.

Am I still boring you?

I have no control over the female thing either to be honest though my human rights get muddied a little there because of ingrained misogyny, centuries of patriarchal privilege and all that jazz.  But that is not important today.

Ooh. Now you're wondering why I'm not getting on my #feminist high horse?

I chose to get married and because my heterosexuality is deemed more worthy of human rights than your 'otherness' here in the land of plenty I was able to do so without any fuss or bother. Bar the bother and fuss of organising a wedding and trying to keep everybody happy. #heterosexualAustralianproblems

Ah.... here's her soapbox you're thinking?

Yep. Help me up okay!

It's the International Day Against Homophobia and Transphobia and the focus is on celebrating gender and sexual identity and I can't share any personal experience which would maybe get you to rethink any ingrained bigotry you have about homosexuals or transgender individuals or any of the other less mainstream sexual identities.

But I can tell you this. 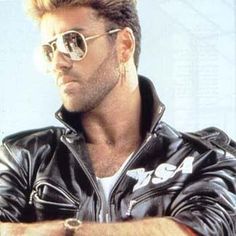 I obviously grew up knowing lots of gay people. It's just that as an Australian child of the 80s at a Catholic co-ed school whose naivety was outweighed only by her gullibility, I didn't know they were gay. It wasn't something you spoke about unless you were listening to George Michael and you knew the rumours of him being gay were clearly WRONG because you'd seen his "I want your sex" video. It had a girl in it = not gay.

Clearly I was an idiot but it was 1987. I was 12 years old and felt incredibly worldly just being able to sing lyrics like "sex is natural, sex is fun, sex is best when it's one on one." (Like you'd want to do anything that embarrassing with more than one person - EVER)

By the time I realised all the gay people were gay I didn't care. That's not because of some kind of huge revelation or anything. I just don't care about your sexual orientation.

I don't mean that offensively. I just don't care.

I was fascinated when my friends started coming out, mainly because so much about life fell into place for me. I understood them better because they weren't having to hide something about themselves which was as natural as breathing. But you know, when you start to recognise that you actually know a lot of gay people, it just reinforces to you that you're incredibly unobservant sometimes.

The only thing that changed for me is language. Turns out like every other person, my casual use of homophobic language was awful. It didn't change overnight - it takes time to reframe your inside thinking to filter out words and phrases which are clearly not nice, not helpful and totally informed by a lifetime of unrealised thinking that homosexuality was 'different'.

It makes me sad that we are still talking about people's sexual and gender preferences.  It enrages me that we have legislation that differentiates. I become apoplectic when people talk homosexuals and transgender people being responsible for the fall of civilisation.  DO YOU READ THE NEWS PEOPLE? The apocalypse is coming and I can assure you it's entirely the doing of heterosexual madmen, bigots and haters. Calm the fuck down will you.

It pleases me that my girls are growing up not realising that there is any difference to the love between Brad and James, Mum and Dad or Tash and Dee. Nor do they give a shit because quite frankly all kissing between adults is 'icky'. 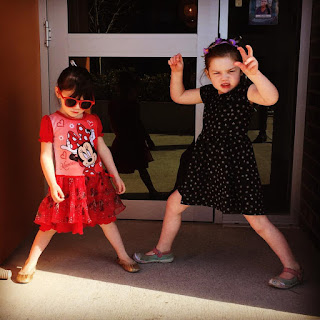 And this isn't because of anything we're doing to indoctrinate them. It's just that kids aren't arsehats to start with. They've got to learn hateful behaviour and we just don't let them hang around bigots to minimise the chance of this happening. They've met transgender men and women and never noticed. Because if you say your name is Sue, they just say "Okay, hi Sue." Because kids don't care.

I don't know if my girls are homosexual or heterosexual. Mainly because when one of them is choosing to wear underpants on her head to school, she's clearly got more important things to think about right now. And I hope that for them, identifying their sexual orientation never becomes more important than underpants on their head.

Hatred is a learned behaviour. And it always but always stems from ignorance.  We need to stop it and it's not actually that hard if we all follow the same simple rules:

2. Don't teach your children to be dicks.

3. Wear underpants on your head when you go out into the world at least once before you die.