A toilet is not just a toilet

I know I have a potty mouth, that I laugh at toilet humour and am mad keen on giving a shit, but today was the first time I have ever teared up when somebody talked about toilets.

A young girl in her mid teens stood alongside her mother and spoke about how the toilet she was standing beside had changed her life.

Toilet number 2 in the slums of Saidapet. 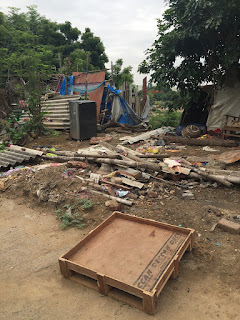 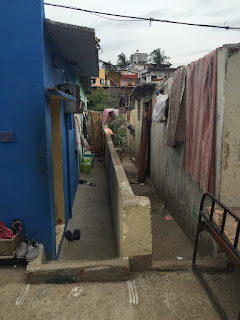 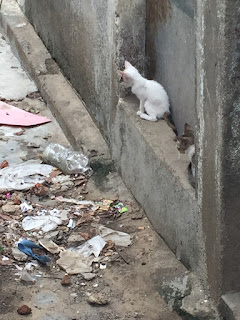 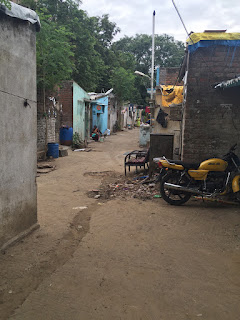 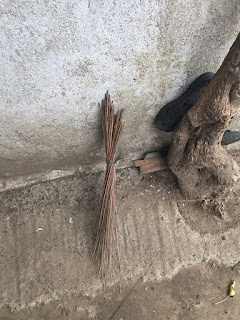 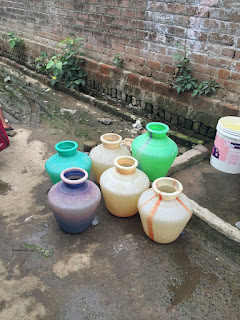 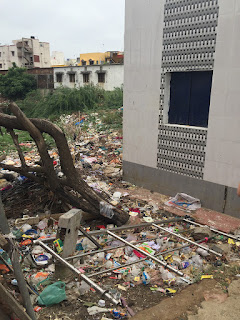 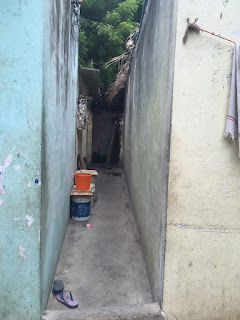 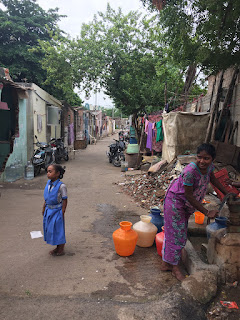 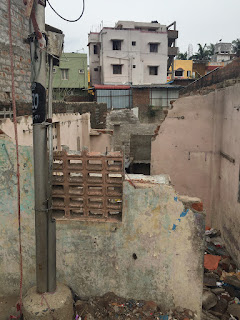 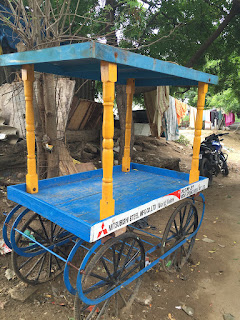 Let us go back slightly in time to Tuesday. I stood in a small rural village admiring the stone bathroom that had been installed this last year.  It was one of 15 in the village and was part of a behavioural shift in a village that had practiced open defecation. 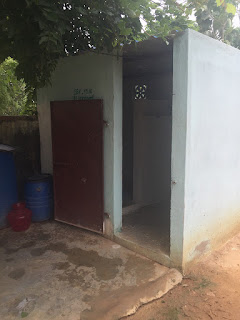 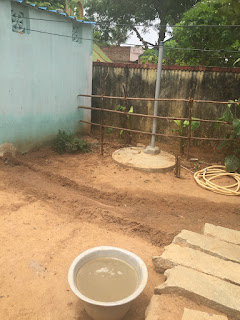 This is when one toilets in the fields surrounding one’s village. It’s clearly unhygienic but more pressingly, it’s unsafe. Women tend to have to wait until night to go to the fields to do their business and never on their own. Children can not go on their own, ever. It’s undignified, it encourages disease and it can result in violence against women.

In this village, the toilets were prized. Two septic style tanks were in the ground under each toilet, and after one year they could be emptied and used as manure in the fields. So not only practical, but super practical. 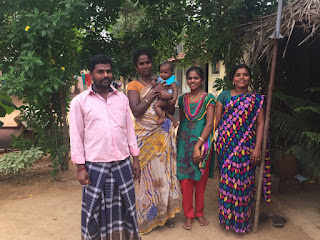 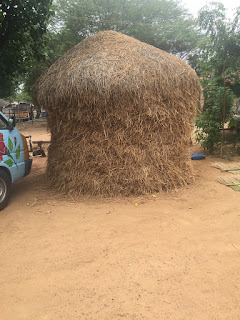 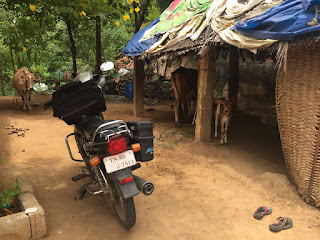 I was there. I could SEE the difference it was making. I heard them talk about feeling safer and the impact on their health already showing after a few short months but somehow, at one level and completely without merit, hindsight shows me that my brain was processing it alongside ‘bush wees/poos’. Not preferred, but still it was outdoors.

Fast forward back to today when I’m standing in the slums of Saidapet. In a city. The slums were flooded last year. And by flooded, I mean totally underwater. The water rose to above roof height. And then it went down again, and while about 110 families in this particular section were rehoused, there are still a lot of families living in the area. 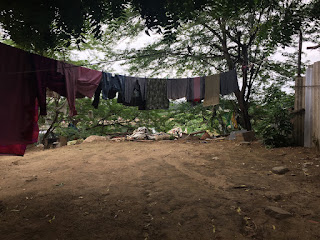 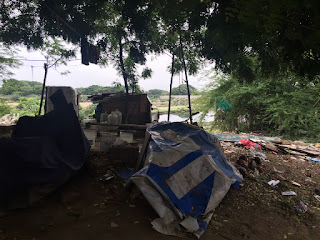 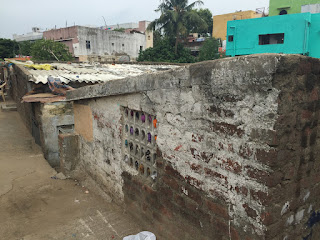 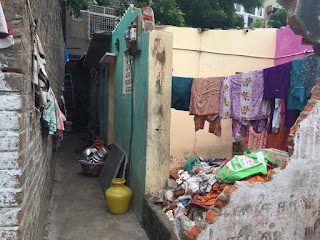 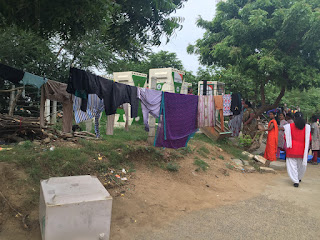 This area too was a place of open defecation. People would have to go towards the river in the dark, down the embankment. Through the mud, the refuse, the scorpions and the snakes to go to the toilet. Women and children could not go alone. There was no hope of toileting during the day because the riverbank is in plain sight of anybody going by. 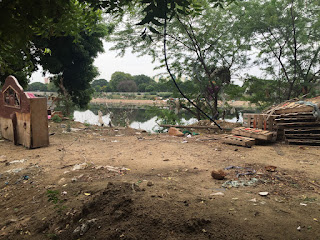 About 8 months ago, the World Vision team working with the 61 sponsored children in this local community helped the residents install six bio-toilets. The toilets are about the size of phone booths and are enclosed by barbed wire. They sit above the river bank and operate like long drops, but full of microbes that dispose of fecal matter. The toilet compound is locked and each of the six toilets are allocated to only ten families per toilet. They have a roster for cleaning it and a bore pump to access water to clean clothes and keep the toilets clean, eliminating any need to go down to the river.

The principles here in this urban slum are exactly the same as the rural village. Perhaps some part of me identified with the urban setting more or perhaps, it was this quietly spoken girl speaking so movingly about regaining her dignity and her feeling of safety. About how excited and proud she was to be part of the team that looked after the toilets. About how these six toilets had changed her life.  And all of a sudden I got it.

I really got it.

Toilets are not just about going to the toilet.

A couple of other women spoke at their relief of being able to protect their daughters better now they had access to the toilets, being able to help them more practically during their monthly cycles and about being able, for the first time in their lives, to go to the toilet with dignity.

They then broke out into applause to thank us for the toilets. It was incredibly humbling to be representing the people they were truly applauding – the people around the world who sponsor World Vision projects such as these.

So thank you from them. Thank you for giving a shit.

This week I am in the field with World Vision Australia as a guest of World Vision India.
I am sharing stories about the humans I meet.
This is done with their full permission.
If you want to see more of what goes on when I'm not writing this blog
follow me on Facebook, Twitter and Instagram