So I'm going to India on Saturday.

Not for a holiday no, but yes - it will be beneficial, educational and eye opening like all travel opportunities.

So why am I going?

There are a heap of words we use in the English language which we owe to India - words like karma, mantra, jodhpurs, bungalow, bangle, dinghy, cummerbund and typhoon to name a few.  And most of us are familiar with the term Jai Ho! thanks to the success of Slumdog Millionaire's theme song in 2008. 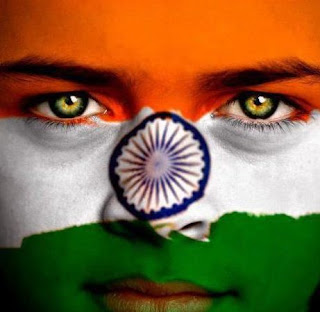 And don't forget the greeting "Namaste" which we've cheerfully appropriated to use with a hashtag under pictures of ourselves appreciating sunrises or doing yoga (another Indian word). So clearly, I've never used it this way (chortles and snorts).

And we all know people of Indian origin - chances are we are cheerfully mispronouncing their names several years after we started being friends with them. And getting away with it because collectively they probably decided that a country full of people that can't actually be arsed finishing a word like afternoon (arvo) is probably never going to get the poetic nuances of a name like Abhishree which means to enlighten; brilliant; powerful; surrounded by glory; shining.  You probably call her 'Ree.

Of course there's that cricket obsession that a lot of the Australian population has which keeps them pretty au fait with Indian cricket stats in the summer. And we know about the Taj Mahal.

But all the bits about -
Well they are less well known.

It's a country of many juxtapositions. It is a complex, colourful and fairly progressive country despite media coverage, but despite the growth of it's economy, many of the people living in India still live in extreme poverty.

So, this weekend I'm heading off and hitching my wagon to a World Vision field trip to check out the work they do over there and bang on about it for evermore.

Which is not quite how they pitched the opportunity but let's be honest, we know that's what's going to happen.

My passion for humanitarian projects and outcomes which result in better education, better health and better opportunities for people be fully participating in their own lives isn't the result of the internet and social media.

I've physically participated in NFP projects in countries like Indonesia, Taiwan, Russia, Ecuador and Mexico over the years including laying water pipes to enable fresh water to reach a village in Indonesia, the building of a dental and health centre in Mexico, a youth partnership program just after the fall of communism in Russia, a leadership program for women running NFPs across Asia-Pacific which happened in Taiwan, and the building of a school and medical centre in Ecuador. These opportunities have given me the opportunity to physically do something which makes a difference in it's own small way.

I've learned that while we can talk about human rights, personal responsibility and living without fear, it is by experiencing, meeting individuals and learning their stories first hand that we can translate their experience into something meaningful and relevant to people ‘back home’.

While obviously fundraising is critical, raising awareness and increasing people’s understanding of the challenges that other people face on a daily basis, is extremely important. This is because despite strong economies or progressive and democratic governments; empathetic, compassionate and educated societies are the only things that can change the world permanently for the better.

This is part of the reason I have been a supporter of World Vision for over 20 years. Their philosophy of a hand up rather than a hand out, and implementing change for communities not just individuals, is a powerful and transformational approach which I wholeheartedly support.

World Vision currently works in India on a range of projects including;
I and two other bloggers are going along to better understand what those things translate to on the ground in Southern India. We are going with good intentions, our audiences and a fierce desire to communicate what we learn with as many people as possible.

I am grateful to have the opportunity to engage individually with people like myself – human, aspirational and seeking to build a life for themselves and their families which is happy, healthy and awash with opportunity.

So that's why I'm going to India.