They tried to make them go to rehab

In Pudokkattai in Tamil Nadu in India, there are about 1, 618, 345 people. More then half this population is female which is slightly different from the overall population and like all of India, it's a splendid and (at times) incomprehensible mix of cultural and religious norms paired with progressive thinking.

I could give you some more statistics about the area - because I do like a statistic but I'd like to tell you a story about a small village which will remain nameless. Partly because that's best practice, but to be honest, I don't know that I know. 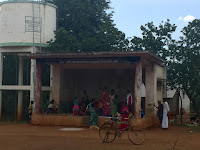 In this rural village there live about 120 families. Like all country towns - there is a clearly defined pecking order, a lot of motorbikes and a stack of children with dusty feet and cheeky grins.  There's the guy that makes everybody laugh, children on bicycles arriving back from school and a cross faced women scolding small people into submission when they step out of line.

It could be anywhere. It is familiar and it is strange. It is a village where the average income comes to about ten dollars per week if work is available and where almost half the families are affected by alcoholic fathers.

And yes people, I know. Women can drink too. But not here. Not in this village. Gender inequality does have the strangest of silver linings sometimes.

Many of these men have been drinking since they were children. Child labourers who sought refuge in alcohol or used it to keep themselves awake during long nights, became Daily Wage Labourers who got paid when they worked, and didn't get paid when they didn't work. They married, had families and still they drank. Sometimes they would drink for days, sleeping at the grog shop and other times they would just collect their pays and then drink it away, leaving nothing for their families.

Domestic violence is rife. Families argue. Wives go hungry. Children go hungry. The health of the men is failing. It's not a new story. It's global. It's local.

But it impacts families here in a way that it doesn't back home. There is no safety net. None at all.

If there is no money, they starve.

Malnourishment affects developing brains. By the age of 5, the damage is irreparable. These children living in poverty, affected by their father's addiction, will have no chance to change anything later on. The moment will be lost. 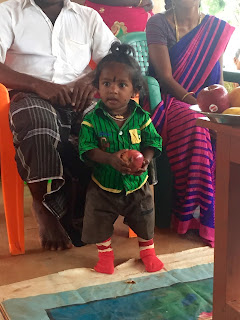 World Vision asked the families what they needed. Was it money? Was it food? What would change it?

"Stop my husband from drinking"

And so they are. They've developed an intensive rehabilitation program which lasts for ten days. Ten days in-house. And then a two year follow up program. The follow up program includes medication which makes them vomit if they drink alcohol. But like all medication, if you don't take it, it doesn't work. They take it. They want it to work.

First one family, then two. Overall in the 12-18 months since they implemented the program, 54 men have participated. Only 4 have 'fallen of the wagon'.  In this village alone, 10 men have undertaken the rehab program. More are going. 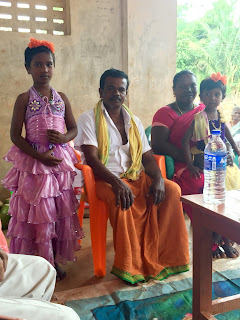 We got to meet with these families.  They speak candidly. Much more candidly then I was expecting or even comfortable to begin with.  The men talk of their addiction, how it affected their lives. Their wives speak of fighting and beatings and hunger and children who have never spoken. Children speak of how their fathers were embarrassing, beat them and were unlikeable. 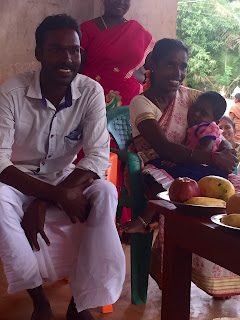 And then they talked about how they support each, how much happier family life is. They talk of their pride in the children and how they were inspired to change their habits so the cycle was broken. The children tease their fathers, speak of how proud they are of what they have achieved. Their wives talk about no fighting, eating often, being able to leave money in plain sight. 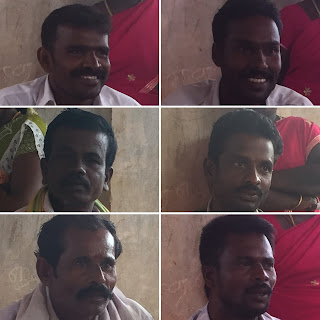 These men were all in their 30s and 40s. These life time addictions were not the grandiose tales of rocks stars or bored executives with big pay packets and other options. They were the honest stories of people who relied on each other to build their communities back up. They talked of getting their brothers and friends into rehab. And how thankful they were to World Vision for giving them the opportunity to get back on track.

They weren't thanking World Vision for fixing the problem. They were thanking them for the opportunity to change their own lives.  There is a difference. And it's a crucial one.

And do you know what this transformative program costs per person? Around $150 per person.

World Vision wasn't working with these guys just to get them into rehab.  They were working with the community to effect decisive and long term change for the children.  It was pretty empowering.

We still deem addiction in our society to be the responsibility of the addict. We put the onus on them to reform themselves and make our support conditional upon their 'success'.  We label them as surely as if we tattoo their foreheads.  These guys are surrounded by a community that see their sobriety as a return to their real selves. They aren't 'former addicts' or 'former alcoholics'.

They are Papa. Husband. Brother. Friend.


This week I am in the field with World Vision Australia as a guest of World Vision India.
I am sharing stories about the humans I meet.
This is done with their full permission.