World Vision and the 'F' word

World Vision India is stuffed to the gills with feminists.

For the purposes of this post let us take Wikipedia's definition of Feminism:


"Feminism is a range of political movements, ideologies, and social movements that share a common goal: to define, establish, and achieve equal political, economic, personal, and social rights for women."

"Feminists typically advocate or support the rights and equality of women."

Now I know that Wikipedia doesn't always get it right - but if you trawl through all the available dictionaries you'll find that the above is a pretty good summary.
I know that some people in Australia are conflicted by the role of feminism in our day to day lives, not recognising sometimes that white privilege defines our perception and our application of the concepts in ways that are hard to define. Not thinking it's necessary or relevant in 2016 is an excellent example of how our privilege blinds us AND binds us to cultural and societal patriarchy.

Now let's talk a bit about feminism and India.

And having now gone to India - I'd say as a stereotype - I'm not too off base.  The difference of course lies with the word 'opportunity'.

Despite our ingrained 'developed world' mistrust around the concept of arranged marriages, a system of choosing a life partner which seems both eminently sensible and hopelessly outdated all at the same time, many women in India have both the opportunity and the desire to get an education.  They obtain degrees, get good jobs, have ambition. Yes, many of them are doing most of the child rearing and domestic chores as well but that isn't that far removed from our reality either.

Separate to these women, are hundreds of thousands of women, maybe more, that lack the opportunities. Born into poverty, they marry into poverty, they birth into poverty and the cycle continues. Children are not able to stay at school, when by working they can be assisting to feed and house the family.

Poverty is the building which often houses hopelessness, despair, violence and ill health. But in the communities in which World Vision is partnering with the families, there are a number of men and women effecting change that are are strongly, undeniably, unexpectedly - feminists.

These men and women spend years building up relationships in their local communities so that they can understand how they can make life better for the children. And that is nearly always, without exception, through the empowerment of women.

They assist them to set up self help groups, gain qualifications, set up small business, send their kids to school, support higher education, run rehab centres, facilitate financial growth, improve health and hygiene, teach positive parenting and a myriad of other initiatives driven by the ambition of the communities to structure a better future for their children. 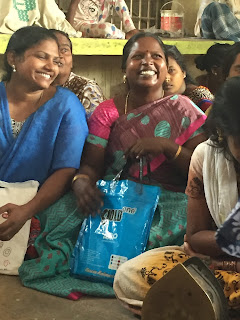 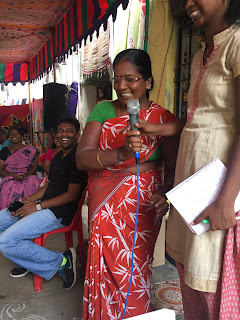 These men and women of World Vision aren't patronising, they do not pity. They are completely committed to these communities in ways that are both grounding and inspiring.  They know people's names, they keep confidences, they offer solutions, they research. They are there more often than not 6-7 days a week providing a foundation on which women can proactively empower themselves, their children and their wider communities.

They advocate on behalf of the women and work tirelessly alongside them but always with the idea that one day, their role in the community will become defunct.

It is a commitment to achieving equal political, economic, personal, and social rights for women in a way that is tangible, practical and constant. It is feminism in action, not reaction.

Compassion and kindness does change the world. And I am incredibly thankful that I had the opportunity to witness it in action.

Thanks again to all the World Vision India staff that I met and apologies for putting you, as well as your incredible work, in the spotlight. I know that's not why you do it. 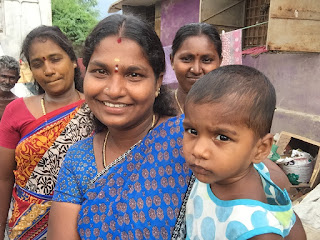 Last week I was in the field with World Vision Australia as a guest of World Vision India.
I am sharing stories about the humans I met.
This is done with their full permission.