Cars, colleagues, racism and why we need to ban American crime shows 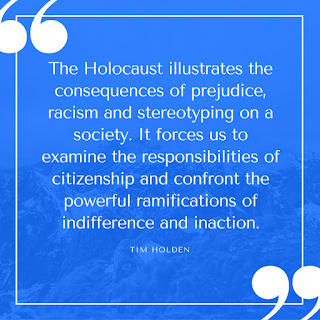 It took just a moment on Saturday morning for two peoples days to be ruined. As the sickening
crunch of metal indicated that two cars had collided, and the cars bounced to a stop, there was that moment where even the birds seemed to hold their breath before the regular noises of the children's playground and passing traffic continued on uninterrupted.

The front of both cars was missing, fluids ran down the road, and while somebody helped the driver out of the silver car, I physically wrenched the door open of the black car and helped the driver out. Both drivers were in shock, one had chest pains and one had a clearly broken arm.  I called out to a guy standing by to call the police and an ambulance.

I think I can be forgiven for thinking very profane thoughts about people's stupidity and the overindulgence of too many Australians of American crime shows in that instant but I just replied "No, triple zero."

I wandered about helping where I could - rescuing groceries, pulling bits of car off the road, reassuring the driver with the broken arm, turning off the cars. Emergency services and tow trucks arrived. Cars were removed, roads cleaned, paramedics inserted drips, daughters arrived to collect parents and grandparents, and the police were there looking as if this was business as usual, not that exciting at that.

During all this I was at one point standing with the driver of the black car making polite chit chat and hoping he wasn't going to pass out before the ambulance arrived, some people standing along the fence line watching the goings on, were chatting about what happened. They speculated about what had gone on and then as clear as a bell one said "Bet it was that guy that was at fault, bloody Asian drivers!."

I felt the guy, whose name I now knew, stiffen slightly before the heat ran to his face.  I raised my voice and continued talking to him but I was fuming. Had I not felt at the time that it was entirely inappropriate to start a fracas beside an injured individual I would have had something to say. I settled with a dirty look in the right direction and right on cue the ambulance arrived, along with what I am happy to tell you was the most reassuring paramedic in Australia.

Accidents always make me feel discombobulated. People just continue driving around them, or watch from the sidelines. Even if the accident isn't huge, it has a lasting impact on the people involved, whether its just inconvenience of a missing car or something more serious.

What continues to discombobulate me time after time is the blatant racism people with non white skin experience. This was an accident. Whatever happened, nobody intended for it to happen. Whether it was a momentary distraction, a poor judgement call re speed, whatever - it could have been any one of us. Our ethnicity is definitely no indicator of driving ability, or anything else for that matter.

I was cross with myself I didn't say more to the idiot commentating, point out the added distress he caused to an already injured man suffering from shock.

The following afternoon, I was catching up with a friend as our children played together. She was talking about her business and how frustrated she has been with blatant racism recently. There was a toilet damaged in the block and one of the other business users accused her and her staff of squatting on it. Just because they are Australians of Asian descent. Turns out the damage was caused by an Australian of Celtic descent and all of a sudden it was no big deal.

I was in disbelief that somebody would come out and accuse people they work alongside, and have worked alongside for a long time, of damaging a toilet based on the possible toilet habits of non-Western countries, based on race. Totally flabbergasted. Appalled. Horrified even.

My friend said it happens all the time. When they opened a shop into one suburb, her husband who is an Australian of non-Asian descent, was told by some of the locals that they were glad it wasn't 'one of those Asians' opening the shop.  And this in an area where the accents are still thick with the European countries from whence they came once upon a time.

None of us are local - bar the 2.4% of the population that have lived here for the 60,000 years or so prior to colonisation.

My friend said she was used to it. She had hundreds of examples - not all so blatant, but all leaving their mark. We moved onto other topics because like all gatherings of girlfriends it is possible to sort out world peace in a two hour catch-up, but her experiences have sat with me along with the driver from the black car.

I'm still dumbfounded by all that I learned this weekend. I really believe that ultimately people are good. I know we all have different experiences and that influences our outlook. But racism is so senseless. It just exposes ignorance.

I am aware of my white privilege. I am. (And if you're one of those that don't understand what that is read this great article to get yourself up to speed.) But I need to be more than aware.

I should have spoken up and called the man in the park on his words. I should not have allowed any doubt in the mind of the driver of the black car about whether or not I was secretly agreeing. I need to be vocal in my support of my friends so that they know that support is there. I need to call out casual racism in meetings, in conversations, in jokes.