Drink the wine. Drink all of the wine.

Dear Everybody Doing FebFast, Dry July, Ocsober or any other booze free initiative in 2017,

If you're raising cash for somebody - good on you.

If you're not raising cash for somebody - don't do it.

I know, I know. I've read all the same articles as you.  After 28 or 31 days, you're going to have glowing skin, a healthy liver, more energy, feel more focussed and generally be a better person.

I did the inaugural Dry July in 2008, I've gone months without drinking as I grew humans and then fed them from my boobs and I'm currently in the throes of a sober six months to see if it makes jack shit bit of difference to my mental health.

And while it is undoubtedly good for your physical health - in particular your liver and kidneys, nothing else changes. You're just not drinking booze.

You're just drinking soda and lime like it's going out of fashion and working overtime as the designated driver.

And that's okay. Being the person who remembers all the drunken confessions the day after is a currency greater than gold.

But don't kid yourself that not drinking meets the hype of the reformed drinkers and writers of copious articles in Body and Soul. 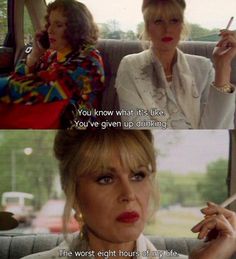 You won't even really miss drinking.  Except for on those days where Trump is tweeting something stupid and you can solve that simply by avoiding reality for the next four years.

So go ahead with all that drinking in moderation that you believe everybody does. Though deep down, everybody is drinking with the same wild abandon as you, hoping that the fuzzy lens of inebriation will stop Trump and Hanson ruining the good name of redheads world wide.

If being a booze hound is the worst thing people can say about you, I'd give yourself a high five and crack open another bottle. If people aren't judging you for that, they'd be spitting their poison at someone else who might be sober enough to care.

In the meantime, for all those raising cash by sacrificing their happiness and embracing sobriety, good on you. Pour yourself another soda water and cross another day off the calendar. Reality is just the end of the month away.

A boozehound on hiatus