It's World Health Day - 7 April - and this year they want us to talk about Depression.

Sometimes, I feel that I talk about depression a lot. But other times, when I encounter people living with it and they are feeling like they can't talk to anybody about it, I feel like I don't talk about it enough.

And then here we are.... or more precisely, here I am (again). I live with depression and probably have since I was a teenager and used to slice my thighs with a razor blade, because I had all the feels and no way of coping.  Back then they called it 'cutting yourself' or 'attention seeking', and now it's 'deliberate self harm' but either way, it did fuck all for making me feel better and made wearing jeans very uncomfortable.

I am what is known as 'a high functioning depressive'. This basically means on the outside I'm what people recognise as 'me' and on the inside, my brain and I are struggling.  It's not about life circumstances. It's not going to be fixed by a change of attitude. Or exercising more. Or eating different foods. I can't snap out of it. Just because I'm not sobbing on the floor in front of you or refusing to get out of bed, doesn't mean that on the inside I'm not thinking about being dead. People find it hard to comprehend because 'I have nothing to be depressed about' or I'm not 'acting depressed'. Trust me on both fronts - I know and depression is not an act. It's exhausting being two versions of yourself.

Just six months ago, I was pretty sure I was going to die. I saw no point in my existence. I couldn't see the value I added. I felt like a burden. I believed my family would be better off without me. I cried so much thinking about how much I was going to miss my girls and then I felt awful because how selfish that I was thinking about me and how I would feel, when they would be clearly better off without a parent who was going to fuck them up.  My husband would be clearly better off without me. This went on for weeks, then months.... getting progressively worse. First you feel a bit flat, then a bit down, then a bit sad and before you know it, you've fallen over the edge and you're in free fall.

Long story short for those that are new here - treatment works. There was an intervention, medication was upped, I started seeing my psych again regularly and I'm better than I was. I wasn't instantly cured. I'm not 'better'. But I'm managing my illness now so that mostly I feel like the version of me I like best.

Mostly. Some days I live in a state of tightly controlled overwhelm and feelings of immutable failure. Even on the drugs.

Depression is an insidious fucker. You might be functioning, you might be holding it together externally, but other balls are dropping. Once you hit free fall, you start smashing through the things that keep you stable. It impacts your work, your relationships, your finances, your hobbies, your social life, your esteem, your eating, your self care, your ability to respond appropriately. It makes you feel thoroughly no good and irredeemably worthless. 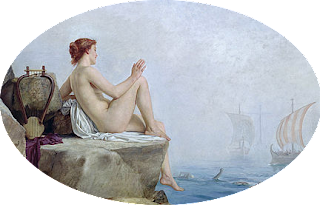 Depression sits in your chest, a physical lump pressing on your vital organs. It thrives by consuming your insecurities and regurgitating them, repackaged and repurposed, into your brain. It weights your limbs, distorts your vision. Your brain ricochets between the walls of your skull, pulsing with nervous energy, anxiety, emotions, thoughts at an ever increasing speed, and the stress of 'coping' stretches your body and mind so thinly that the smallest bump would cause it all to explode. You get so that the idea of being in a lifeless state - be it a coma or death, becomes an overwhelming urge.

The siren call for people with depression is not death. It's peace.

Let's talk about it so when somebody hears the mournful melodic siren call, they don't dash themselves on the rocks, but steer towards the lighthouse.

Let's talk about it, so people don't die when all they want is peace.

If you're need to speak to someone, even if you don't think it's depression, don't forget about the fantastic team at Lifeline Australia who you can call 24/7 on 13 11 14.