I have a lot of friends with faith - in religion, in the supernatural, in the universe, in signs, in superstitions, in pseudoscience, in science, astrology, in alternative therapies, in the power of 'woo' generally.... the list goes on.

The only thing I believe in is Rumpology.  Who doesn't want to believe in something that states that although everyone’s bum is unique,  a round bottom suggests a person is open, happy, and optimistic, whereas a flat bottom can mean someone is vain, negative, and sad.

Better still - you can get ROCKY'S MUM TO READ YOUR BUTT! This is a true story. Check the link out if you want definitive proof that fat bottom girls make the rocking world go round.

I don't really believe in Rumpology.  Though I really want to do so because I have a round rump.

The following are 5 untruths I attributed to Feng Shui in the time before the internet to help some friends, that ended up actually being REAL Feng Shui.


1. Throw out the mattress you slept on when you were with your ex-partner

I said it was something about the mattress holding all the negative energy of past relationships where you needed something clean and untainted. They got a new mattress, got a new partner and lived happily ever after. 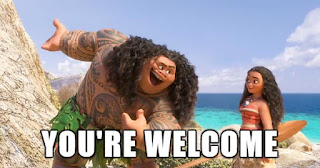 2. Don't have your front and back doors aligned

I said it was something about needing the good luck coming in the front door not being able to go straight out the back, and you could fix it by putting a table or plant in the way to divert it into the house. They gave it a crack, got a promotion and six months later spent a lot of money on an interior designer to Feng Shui their entire house so they could live happily ever after.

3. Put up pictures of you with your friends having a good time

I said that I understood it was something to do with surrounding yourself with visual statements of positivity was good Feng Shui. They whacked up a bunch of photos, had a ball finding the perfect ones, reminded themselves of some great times, actually called some of the friends and voila! - no longer feeling friendless and lived happily ever after. 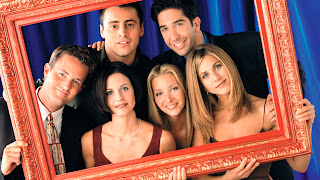 Even I, queen of the untidy, recognises that tidying up makes you feel more in control of everything. You tell somebody you are pretty sure it's a basic Feng Shui principle rather than just some basic common sense, THEY WILL DO IT and live happily ever after.

5. Get some red cushions and 'stuff'

I honestly even said and 'stuff' proving once and for all I clearly knew nothing. They were saying that it didn't seem to matter how hard they worked or what job that they tried, they weren't feeling successful.  Working on the assumption that the Chinese like red, Feng Shui was probably Chinese based, I said that I had seen somewhere that having strong blocks of red around the house attracted wealth, success and happiness.  They got red cushions, red vases and I think a red dinner set, actually stuck out a job for longer than three minutes and put it all down to the red cushions as the reason they lived happily ever after. 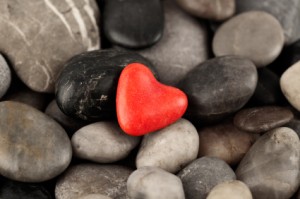 Thing is - at it's heart Feng Shui seems to me more about the ancient Chinese art of common sense than anything else -  surround yourself with colour, have a positive mindset and clean your shit up occasionally*.

And that's definitely something I can believe in!

* Disclaimer: This is not the dictionary definition of Feng Shui.