Over the last month, I've started writing a number of posts, but they all ended up going nowhere. And I came to realise it was because I was feeling weary.  In many ways, I felt that I had said all I could and it seemed to make no difference. Was I just shouting into the wind? What more could I add to the conversations and causes I was so passionate about.

And just this morning, I thought, if I thought that - Imagine how freakin' bone weary the people that live with discrimination day in and day out are feeling. The people who have had their voices silenced, their worth devalued, their very existence politicised to the nth degree.

And now, now it is done.

Gay and queer Australians have finally had their human rights recognised.  That's not to say that it's all instantly better. The kind of abuse and prejudice gay and queer Australians have been subjected to over the decades and especially over the last few months is pretty awful. And when I say pretty awful - it's because I haven't yet found a word that truly encompasses the magnitude and cost of the bigotry.

And I'm not gay or queer. If I cried, if I felt overwhelming relief that justice had finally been served, if the visceral sense of a wrong being righted was felt so strongly by me, a straight female - imagine how huge the feelings of those who it affected must have been.

While the whole vox pop debacle about marriage equality was being played out, Australia stepped up it's oppression of refugees on Manus Island. And I wonder what it will take for Australians to recognise the catastrophic violation of human rights occurring in our name and stand up to the politicians on this issue? How many more lives do we have to ruin? How many more have to die?

When will now be for them? When will it be 'done'? We don't know, so weary or otherwise, we need to stay loud, stay angry.

I realise that we've been played beautifully on this issue. We can't see the refugees, the policies and processes that refugees in our communities have to live by are so draconian, that they are silenced by the threat of being sent offshore, being locked up again. They are not allowed to work, to travel, to access medical nationwide. Their visas are chopped and changed. We finally get people prepared to be vocal about it and they come back into politics and are silenced. 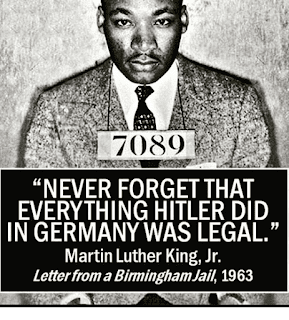 Yes we have our own homeless, our own poor, our own elderly, our own abused and our own sick. But you can't care about one, if you don't care about all. Empathy, compassion and a truly equitable and inclusive society doesn't come about by only caring for people you see.

So tis the season know to make choices and resolutions for 2018. And I ask, that if you can choose to be anything in 2018, you choose to be kind.

For it in choosing kindness each and every time, that we truly change the world.

In the current environment, kindness is the fundamental, most controversial form of activism that exists in our world.

Let's stick it to the man, let's be kind together.

And sign up HERE to become a Franklophile and get the newsletter.
No comments: Links to this post