A quick historical recap to start. As you know, teenagers were only invented in the post depression era, coming into their own post-WWII and were of course, they were American to start with.  The evolution of the teenager as we know them today, is almost 80 years in the making - resulting in psychologists, fashion designers and movie makers making an absolute motza of dosh over the years.

As time has passed, and we have learned to treat children as humans (a relatively recent phenomena you have to agree), the teenager has become better understood - all that pesky hormones and developing brain stuff. No less frustrating of course. In fact they tend to be down right infuriating but we know enough to know that 'this too shall pass'.

Of course, my children are not yet teenagers, not even tweenagers, and are perfect, so this is all hypothetical to me. But I was the best parent EVER before I actually had children, so I'm definitely able to help you now.

I admit to being somewhat in awe of the modern teenager.  When I in my early teens, for some reason I can't remember, I took two $50 notes out of my mothers purse and hid them by taping to the wall behind my dresser.  Of course I was busted, my mother furious and I consequently spent some time in the salt mines.

Compare that with the lad that stole his parents credit card, took himself to Bali, stayed in a hotel and lived it up for a while, until they had to fly over and collect him. His mother SOLD the story to the media, and just calmly said "He doesn't like the word No" and "I don't think he'll do it again." No salt mines for him. Just Current Affair thank you very much and probably shit loads of kudos at school.

I mean that kid - he took teenage rebellion to a whole new level. I just hope he was brought up as Catholic as I was and is still feeling guilty thirty years later. Somehow though, I doubt it.

On the whole I love the chutzpah of teenagers today though. While some of them are skiving off and going to Bali, there are the ones like American Emma González who stands up to Drumpf and is an advocate for gun control, There is our own Rooan Al Kalmashi who uses her experience to advocate for refugee rights and encourages young people to become active citizens, or the delightful Bassam Maliki who set up Ubelonghere, an a project that fosters a culture of welcoming and inclusiveness around Australia and raises funds to support homeless youth and asylum seekers.

Add to them Bindi Irwin, Melati and Isabel Wigsen, Gavin Grimm, Molly Burke, Mikaila Ulmer, Rayouf Alhumedhi, Chloe Kim, Krtin Nithiyanandam, Simone Biles - so many teenagers that have channeled all that energy into doing things most adults won't ever. Google them. It makes you feel better about the future. Trust me. 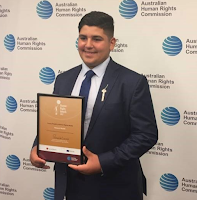 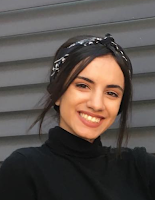 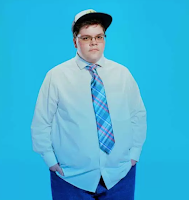 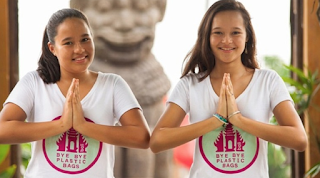 Of course, the vast majority of teenagers are going to be ordinary just like us. They'll break the rules, get busted doing things they shouldn't do, give their parents grief, and generally drive us insane. They'll make friends, develop their own way of thinking, give voice to their own opinions and generally do the whole growing up thing. They will test the boundaries - emotionally, physically and mentally. They'll basically behave like humans. But without the experience.

It wont be easy necessarily, and to be honest, it's not always fun - for them or for you. But I honestly believe the future is in good hands despite that. This next generation of kids is growing up in a world that is actually more accepting despite what the media says. They are caring about the world so that it doesn't blow up. They are standing up for each other. They don't give a rats who you love or what religion you are. Not being discriminated against on the basis of your gender is something they are starting to take for granted. They give a shit about things that are outside of their own small bubbles. They are fierce and passionate and seem to do a lot less smoking behind libraries. They are loud.

So this stage of life isn't about you or the quality of your parenting. This is just about loving those teenagers for who they are. This is about loving them when they forget to love themselves. This is about avoiding anything written by Maggie Dent or that Biddulph fellow and just trusting yourself.

Because you, you're awesome. That's where they get it from!

Much love
Me xx