I often comment that some people are born to be an inspiration, and others, a lesson. 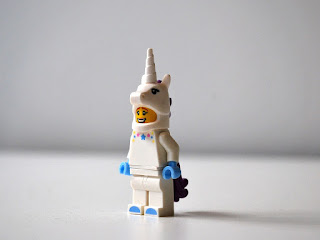 I definitely fall into the lesson category. 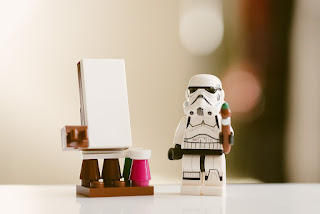 I don't think that I do any more daft stuff than anybody else, it's just that I tend to do it all at once and then tell everybody about it.  If you had ever told me my va-jay-jay was going to be the talk of the school playground I would have DIED.

But somehow in 2018, having ended up in hospital having emergency surgery after a cyst in my Bartholin's gland ruptured - there I was standing under the COLA chatting about unexpected mining of my nether region by a bunch of people I couldn't name (surgeon and accompanying theatre staff) and explaining how a week ago I didn't even know what a Bartholin's gland was. Anyway, everybody knows what it is now and since it has healed beautifully I even officially have a gynae - which is something every self respecting woman of a certain age should have I'm given to understand. The lesson for you all - don't ignore lumps and bumps.

I fell down the stairs, sober, doing housework and landed badly. Went to emergency with strange pains in my shins but turns out I'd actually fractured an ankle which meant a walking cast. Which as everybody who has ever had one knows - is a pain the everything.  Ankle healed. All good. The lesson for you all - don't do housework.

My laptop blew up. Since it's my livelihood this was disastrous.  The lesson - don't blow your laptop up when you're wearing a walking boot and have to add in additional walking to visit computer experts.

I went to a funeral. Then to the wake. Then when I was walking home, I tripped over on the footpath and stopped my fall with my face.  In gravel. The graze on the chin went FERAL and I had to go to the doctor to have it scraped out and then went and met a new client with the biggest chin bandages in the history of mankind. It looked like I had had surgery to remodel my chin in the shape of Gaston from Beauty and the Beast. Lesson for you all - pick up your feet and go to the doctor to make sure your remove gravel from your facial wounds.

I took my daughter to the Katy Perry concert. I lost one of my earrings. They were a gift from my husband and daughters and had huge sentimental value. The lesson here is sometimes earrings fall out and it's sad, but it's just an earring.

And yes, I laugh at myself. It means you guys don't look like complete arseholes when you start to laugh at my complete inability to stay upright.

It feels like it's been a huge 2 months. It has been. In addition to my exploration of the medical system, life has continued. The mum thing, the wife thing, the friend thing, the work thing.

But I know I'm lucky. I can access medical support without having to fight for the right. I'm not locked up in an Australian concentration camp. I don't live in a country where the gun culture means I have more chance of being shot by a toddler accidentally then I do being killed in a car crash.

Perspective is strange. I have known all along that my mishaps have been small. They have been surmountable. That my tendency to give everything and anything a comic twist is representative of my own dark sense of humour. If I can laugh about living with depression, the other stuff is a breeze.

But if I could choose something for my friends, it is that they, their daughter and their other children, weren't unlucky enough to be at the start of their journey as 'inspirations'. Because, I know them well enough to know, that they have the courage, the humour and the love to navigate the scorched earth approach to cancer which is the best option available at the moment.

And I know that we will be full of admiration, and that their approach will be inspirational - because we've seen others go through it and even if they are absolute arseholes, we can not help but admire, and be inspired, by people who wade through the sludge of adversity in their own unique and definitive style. Inspiration is always about the trek - never about the destination.

Perspective is knowing that I'm blessed to be a lesson.

All love to you guys. And remember I know swear words if you need them.