There were no gay people at my school

I went to a Catholic school so it's entirely possible they were all expelled because they would have made it hard for me to learn English, or fail maths, or any of the other things I did at school. 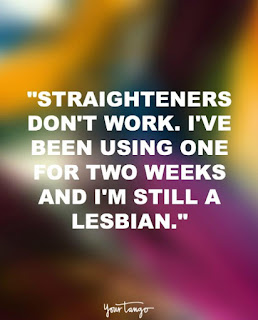 It was really great that I grew up with no gay friends too because the world is easier to traverse when everybody is exactly the same as you.  Well not exactly, but you could tell who the Italian lads were because they insisted on wearing white socks instead of the grey uniform ones.

Which is clearly bollocks. Well, except for the bit about the Italian boys wearing white socks which was definitely a thing.

I went to school with loads of gay people.  I just didn't know that they were gay, and in the case of a few, they didn't know they were gay. Being gay in 1991 as we graduated wasn't something you shouted from the rooftops. As a society, being gay was a long way from being something we were comfortable enough to not give a fuck about.

And let me tell you as a heteronormative, white girl with 12 years of religious education under my belt - most of real life was confusing and contra to all the things that I had learned.  Imagine if you were coming out of 12 years of religious education and in addition to that, you were attracted to persons of the same sex? That was really fucking hard they tell me. Really, really hard. 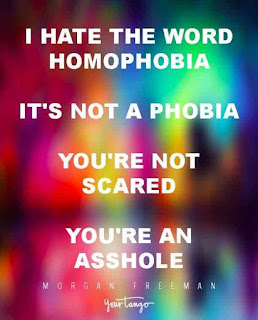 Move the clock forward 26 or so years and that 16 year old girl has learnt quite a lot. She has learned for instance that it's not enough to love somebody for who they are irrespective of who they love, but you need to stand up for them and cry bullshit on bigotry because it is exhausting having to defend who you are all the time on your own.

She has learned how insidious and impactful the public debate such as they one we're seeing unfold in the media right now can be on people who identify as gay or queer. She has learned that a person can be comfortable in their sexuality, in their relationships and in their skin but still be deeply affected by hate speech or negative media.

Because for so long, the person that they are, has been deemed something 'shameful'. It was Maya Angelou that said "People will forget what you said, but they will never forget how you made them feel." And she is right.

Imagine what Australia is telling our young LGBTQI folk at the moment. What messaging are they reinforcing to adults that have fought for years to be accepted as they are. Which is all any of us really want when it comes down to it.

I also find the shameful, blatant hypocrisy of religious leaders wanting the right to turn away gay and queer students or teachers, when they hid, supported and nurtured KNOWN sex offenders in their midst for so many years physically nauseating.  Especially, when so much of the child abuse was men abusing boys.

We can't say anymore that this kind of public rhetoric is acceptable as free speech. I want all people identifying as LGBTQI, whether I know them or not, to know that I am an ally. A proud and vocal ally. I will be writing to my MPs. I will not be voting for people that support this kind of tomfuckery.  I will do whatever I can to make sure there are voices out there that are an alternative to the ugliness.

I want all my friends who are the parents of LGTBQI children to tell them that they are loved and supported by real people, in the real world. That if a school was to reject them on the basis of their sexuality that there is NOTHING that the school could teach them that would have any value anyway. That people that reject people on the basis of sexuality, ability, race or religion are the people that are flawed, not them. 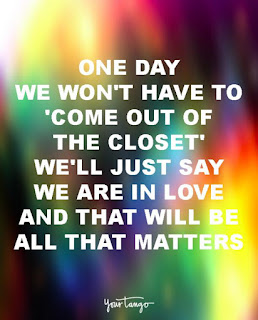 Also remind them that change is happening. Children don't need to 'come out' as often anymore because families and friends don't care who they love, as long as they love a person that makes them happy. Children are growing up surrounded by families and friends where gay and queer couples elicit no more attention than their own parents - because basically all adults are boring.

But most of all, remind them that you don't have to be a hateful, bigoted white man to make a change in this country despite what our current government looks like. Remind them, that the future government is going to be full of people just like them - diverse, interesting, and basically wanting the world to be a better place.

It's going to be more Penny Wong and Jordan Steele-John and Linda Burney.

And I for one can't wait.