This body of mine

This body of mine is sometimes treated well and sometimes not so well. Like all bodies - Mine is a temple - some times it is a well attended temple in a crowded city full of the very devout, and other times it's a derelict Mayan temple with centuries of roots growing through the broken rocks which signal the slow decay of a once magnificent structure.

This body of mine has canoed 100 kilometres down the Murray River in Australia, and several kilometres up the Volga in Russia. It has skinny dipped in the Mediterranean sea off the side of the boat at night time and it has snowboarded down slopes wrapped in as many clothes as possible.

This body of mine has squeezed through cave systems in various states of Australia, abseiled down mountains and prussicked up shopping centres.  It has hiked up, it has hiked down.  It has waded through rivers holding a back pack high in the sky.

This body of mine has broken bones, had surgeries and endured a long and ghastly bout of giardia through the length of Central America. It has laid water pipes in Indonesia, it has helped build a medical centre in Ecuador, and laid bricks in rural parts of Mexico.  It has danced in Taiwan, in Turkey and once, infamously, it even Irish danced in Tesco.

This body of mine has grown two humans. It has made love. It has lashed out in anger. It has held the hands of dying friends and hugged thousands of peoples. It has run races and once, it even ran an ultra half-marathon. It has lovingly smoothed the hair of a husband and kissed away the ouchies on daughters.

This body of mine has tried belly dancing, ballroom dancing, yoga, pilates, playing instruments, bungee jumping, tobogganing, sailing and dragon boating. It has marched in protest, it has performed on stage, it has spoken at events, it has cried until it was but a husk. 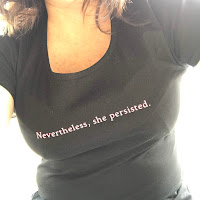 Fact: This body of mine is under rated. And I need to be kinder to me.

Do you need to be kinder to you?