Teaching kids to give a shit #kidsoffnauru

Explaining things to children is never easy. They have more questions than you could have ever dreamed possible when you started the conversation, and they often (thankfully) don't have the experience to realise just how awful humans can be to one another so can't fully picture the scenario you are explaining. 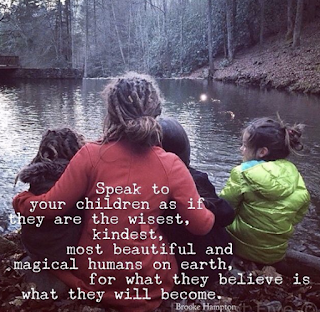 Our daughters have been attending protests, marches and other 'activist' activities since they were in the womb - we are all rounders. We're all about human rights for all people - so we've marched in support of women, equality for our LGBTQI friends, refugees, asylum seekers, not being a racist numpty, and so on.

I'm not even going to pretend they had much of a clue about it all in the early days - they came along for the sunshine, the snacks and because they go where we do. I've had people accuse me of brainwashing my children, forcing them to believe what I believe, and these are people fresh from taking their children to church. The irony.

We don't take our children to these events for fun. We do it because we believe that the standard we walk past is the standard we accept and we are just lucky that we live in a country where we can say what we like about our government's policies and our politicians without fear of retribution. (Note: unless you're Richard di Natale calling Barry O'Sullivan 'a pig' - which is actually much nicer than most Australian's would call him to his face given the opportunity)

On Tuesday this week I took my daughters' out of school for the day to go to Canberra to take part in the #kidsoffnauru protest outside Parliament House.  Along with a couple of other kids we're connected with via Mums4Refugees, they presented a petition containing over 170,000 signatures requesting the immediate removal of children from Nauru to the politicians Kerryn Phelps, Andrew Wilkie, Derryn Hinch, Rebekha Sharkie and Nick McKim. The event was organised by World Vision Australia and over 400 other organisations working tirelessly to improve our treatment of refugees, asylum seekers and others not lucky enough to be born into a safe country.


I am totally blown away by the tirelessness of the people and organisations involved in supporting refugees and asylum seekers in Australia. It is a dispiriting process because as soon as you think the government has gone as low as it's possible to go, they go lower. These organisations are constantly reconfiguring their offerings and fundraising endlessly to make sure nobody slips through the cracks if at all possible.

Shortly after, Scott Morrison, one of the great orchestrators and believers in imprisoning innocent children, women and men, walked out on Kerryn Phelps maiden speech.  The labour party voted along with the government to stop supporting refugees in our community - no funding, no medical, no working, no education.  On the same day, I'm trying to explain why it's important to listen to other points of view, and to do all that we can to help others, no matter how uncomfortable it makes us - my government, their government, is demonstrating exactly the opposite.


And during the road trip down to Canberra, and in the sun under the giant Australian flag, we were still having the conversation where I tried my hardest to explain (yet again) to a six year old and an eight year old why our country would lock up refugees.  Tully heard one speaker say 'no parent takes their child into the ocean unless it's safer than the land' and she wanted me to explain why we jail people that were desperate for peace.

Cassidy wanted to know if we were the lucky country why we didn't want to share with people that were unlucky?

Tully asked me why we are so afraid of people who need to be refugees on boats but not the ones that come other ways?

Cassidy was outraged about the fairness. The unkindness. The cruelty.

I tried to explain why people worried about refugees and their impact on our society and our 'way of life'. But neither of them could get their heads around those as legitimate reasons.

They weren't sure initially about going to Canberra to be part of it.  It sounded like there would be a lot of talking (there was), a lots of people (there were) and they weren't sure what politicians looked like (just like old people in case you wanted the truth by Cass) or how you held a petition (nailed it).  But when I asked them after the event what they had thought, both were very pleased to have been part of it.

"Mum, I would get in so much trouble if I was unkind deliberately at school. I don't understand why Australia is being so unfair but if us coming with you helped those poor kids in the camps, I'm really pleased we came."

"Yeah, I can't imagine being locked up. Even with your Mum. It makes me feel so very sad"

I had no answer to that either.

South Sudanese refugee Akual Garang spoke. She said "I was forced to live as an adult and have to witness many things children should not have to go through, so bombs and suicide and things like that are common memories that children like me - and refugee children like me - experience every single day. "Those are the memories I live with. And I don't want any child to have to go through the things I went through."
As a human person, I don't want that for Akual, I don't want it for my own girls Tully and Cassidy, and I sure as hell don't want it for any other child on this planet.  I know I can't change everything at once. But I do know, that it is people like me, people like my daughters, turning up, showing up, speaking out and basically boring the pants off every one we know, is the only way we can make any change at all.

And I want them to know that now. That there is nothing so important as standing up for people who don't have the freedom to stand up, for speaking on behalf of somebody with no voice, and most of all, how kindness impacts people in many more ways than you can possibly imagine.


I can't say if we're getting it right, but as parents we are trying. Because as Dr Seuss said in the Lorax

"Unless someone like you cares a whole awful lot,

Nothing is going to get better. It's not.”